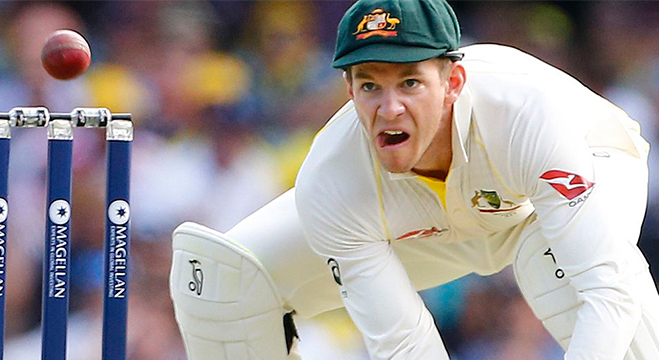 Dubai: Australian captain Tim Paine Friday said his team will need to show more patience in their two-match Test series against Pakistan in a bid to better a terrible record against Asian sides.

Shorn of experienced captain Steve Smith and dashing opener David Warner — banned for a year in the wake of ball tampering saga in South Africa in March — Australia will face a trial by spin, as has happened in the past.

Australia have won only one out of 17 Tests in Asia since 2007 as they struggled against spin in India, Bangladesh and Sri Lanka.

They lost 2-0 to Pakistan in the United Arab Emirates (UAE) as leg-spinner Yasir Shah and left-armer Zulfiqar Babar shared 26 wickest between them in two Tests.

Australia landed in UAE a week ago to acclimatise to the scorching weather, with temperatures still hitting 40 degrees Celsius (104F). They take on Pakistan’s second string in a four-day match in Dubai from Saturday.

“We’ve just spoken about little ways we can change,” said Paine. “Traditionally Australian teams have been aggressive and tried to take the game to the opposition. Over here in particular, you’ve got to be really patient and try to stay in the game for as long as you can.”

Paine, named captain in the wake of Smith’s ban, said discipline will also be the key.

“It’s about us being really patient, really disciplined. Langer (Australian coach) spoke about leaving our egos at home, particularly as a batting group and being prepared to bat for a long, long time. If we can do that we can have some success.”

Besides Smith and Warner, Australia will also miss the injured pace duo of Josh Hazlewood and Pat Cummins.

But to counter Pakistan’s spin trap they have rehired former India bowler Sridharan Sriram as a consultant, who has brought leg-spinner Pardeep Sahu and left-arm wrist spinner Karapak Jiyas from India for practice.

“We’ve faced a hell of a lot spin, there’s no doubt about that and Australian touring sides always do. We get heaps of net bowlers,” said Paine.

“We can train as long as we like – that’s another thing we’ve touched, we can be great trainers, but at the end of the day it’s about how we play in a game.”

Paine admitted his players were surprised that Pakistan’s pace spearhead Mohammad Amir had been dropped from the series over his lack of form.

“A lot of the guys were (surprised),” said Paine. “But we’ve spoken about worrying about what we can control. We know he’s not there but Wahab Riaz is in who’s really dangerous, particularly in these kind of conditions when the ball is reverse swinging.

“We’re just trying to focus on what we’re doing at the moment, we’ll look at Pakistan’s Test team closer to next week.”

No England reunion for Ireland’s Rankin