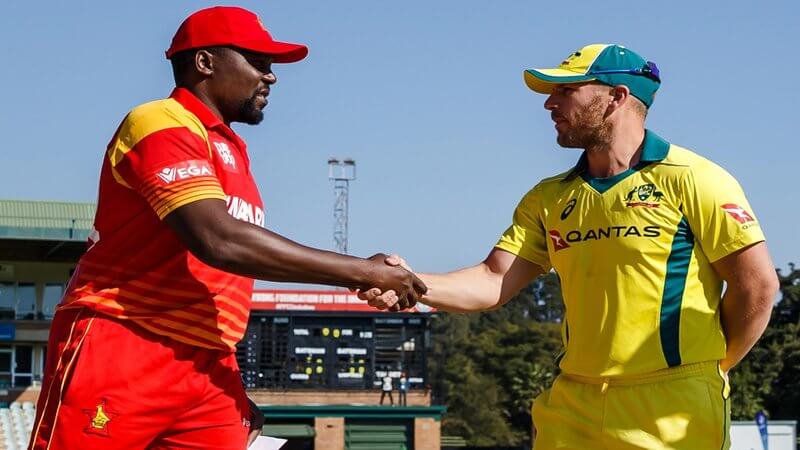 Australia’s one-day series with Zimbabwe in August has been postponed by mutual agreement due to the COVID-19 pandemic, Cricket Australia announced today.

The three-match tour had been scheduled for August 9-15 and would have marked the end of a 12-year absence of international cricket in Australia’s far north.

Zimbabwe are currently ranked 14th in the International Cricket Council’s ODI team rankings, behind the Netherlands and Oman.

A limited-overs tour of England in September could instead be a return to action for Australia’s men’s side, with discussions between the two nations ongoing about rescheduling a campaign that had originally been slated for early next month.

The now postponed Zimbabwe series would have marked the first ever visit by a senior Australian men’s team to Townsville’s Riverway Stadium, where the third match of the series was to to be played, while Darwin had been floated as a possible venue for the other two matches. Australia’s senior men’s squad have not visited Darwin since a training camp in mid-2017 ahead of a tour to Bangladesh.

A CA statement said a combination of factors including the short length of the series and the significant bio-security measures that would need to be implemented contributed to the decision to postpone.

There were also concerns for the health and safety of players, match officials and volunteers with the pandemic still ongoing.

The postponement comes with Victoria suffering a ‘second wave’ of COVID-19 cases in the state, which saw the Queensland government announce a 14-day quarantine period for its sporting teams that play against Melbourne-based sides.

As of Monday, Queensland had just two active COVID-19 cases while the Northern Territory had none, and has had just 30 confirmed cases in total.

“While we are disappointed to postpone the series, CA and Zimbabwe Cricket agree that in the best interest of players, match officials, volunteers as well as our fans, that this is the most practical and sensible decision,” CA’s interim chief executive Nick Hockley said in a statement.

“We are committed to working with Zimbabwe Cricket on alternative dates to reschedule.”

Zimbabwe have not visited Australia since the 2003-04 summer when they played two Tests – including Matthew Hayden’s then world-record score of 380 – and featured in a ODI tri-series with India.

Their last meeting in ODI cricket saw Zimbabwe spring an upset win in a 2014 tri-series played in Harare when the Michael Clarke-captained side could only reach 9-209 in 50 overs, a target that was chased down with two overs to spare.

Australia had dropped Steve Smith – a decision an outspoken Clarke called “disappointing” in the wash-up – and rested Mitchell Johnson for the match, but then coach Darren Lehmann said: “There’s probably not enough expletives in the English language at the moment for the way I’m feeling. It’s just embarrassing for everyone involved in the touring party, and I hope they’re hurting. They should be.”

“We were excited about facing Australia but, given the circumstances, deferring the tour was the only possible option,” said Givemore Makoni, Zimbabwe Cricket’s acting managing director.

“We are, however, looking forward to the rescheduling of the series as soon as practically possible.”