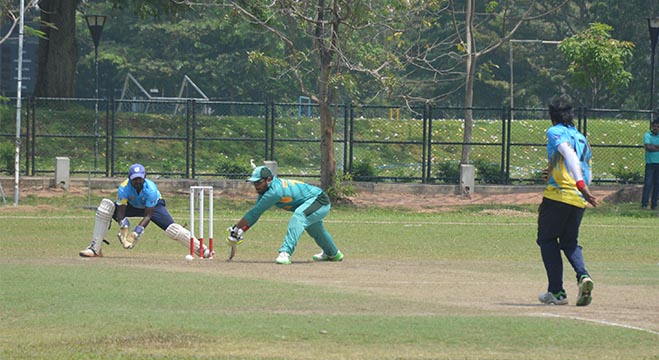 Pakistan started the T-20 series in the same fashion of ODI series and attain the lead of 1-0 in 3 T-20 match series.

The 1st T-20 match of the series was played today at Bloomfield Cricket Ground Colombo.

Sri Lanka won the toss and as has been the case throughout the series the team after winning the toss decided to bowl first, Sri Lanka also followed the suit.

Pakistan sent the Captain Nisar Ali and Muhammad Rashid to open their innings. They both took calculated risks in the fielding restriction overs and made 60 runs in those 6 overs. Then they opened their arms and scored 131 runs in next 9.5 overs. Their opening stand came to an end at the score of 197 runs when Muhammad Rashid was run out, he missed his century by mere 8 runs, he made good 92 runs off 44 balls.

Nisar kept toiling the Lankan bowling attack and made unbeaten 140 runs off 64 balls. Pakistan posted a huge total of 261 runs on the board for the loss of 1 wicket in 20 overs.

Sri Lanka in reply got a good opening stand, their first wicket fell at the score 153 runs in 15th over. Saman Kumara was the man to go after scoring 64 runs off 41 balls. The other opener Dimithu Sandrawan also followed his partner and gave his wicket after scoring 67 runs off 46 balls.

Sri Lanka managed to score 213 runs in allotted 20 overs for the loss of 6 wickets. Badar Munir, Sajid Nawaz and Ayoub Khan claimed a wicket a piece.

Man of the Match: Nisar Ali

The 2nd T-20 match will be played tomorrow on 28th February at BRC Ground Colombo.

Cook backs Ali, says Shah ‘up there with spin greats’