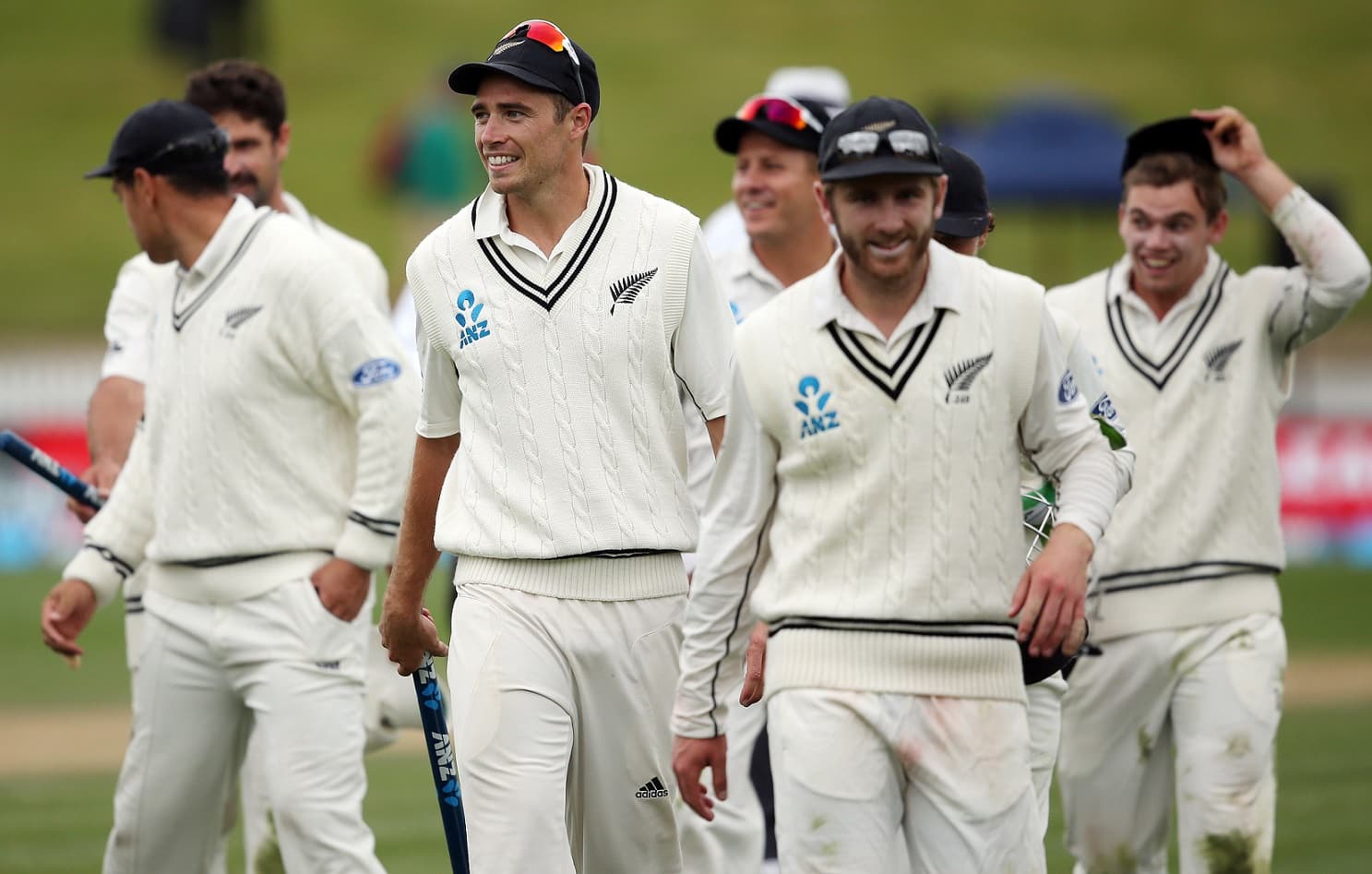 Pakistan collapse to first series defeat to NZ in 30 years

Hamilton: New Zealand took nine wickets in a dramatic final session of the second Test against Pakistan to win by 130 runs in Hamilton on Tuesday and clean sweep their series 2-0.

It was New Zealand’s first series win over Pakistan since 1985.

Pakistan were faced with an imposing 369-run target in their second innings but set themselves up for a run-a-ball slog when they reached tea on the final day at 158-1.

That started a rapid collapse which saw their last eight wickets fall for 49 in 20 overs with Neil Wagner taking the last three for no runs in just six deliveries.

The series win to New Zealand, after a first Test triumph in Christchurch, means Pakistan fall from second to fourth in the world rankings while New Zealand remain seventh.

After reaching tea on the final day needing 211 off 204 deliveries, Pakistan could only ponder whether they left their charge too late.

Openers Azhar Ali (58 off 161 deliveries) and Aslam (91 off 238) laid the platform with a record fourth innings opening stand for Pakistan of 131 but it lasted a time-consuming 60 overs before Azhar was dismissed.

The arrival of Babar Azam to the crease was a signal to lift the pace but the pitch was still offering support to the bowlers on the fifth day.

Azhar (58) played on trying to hit leg-spinner Mitchell Santner out of the ground and Azam (16) went in similar fashion on the fourth ball after tea.

Aslam, trying to raise the tempo having reached his highest Test score, mistimed a drive off Tim Southee to give Kane Williamson catching practice at mid-off.

Sarfraz Ahmed was run out for 19 off 21 and Asad Shafiq did not get off the mark. Veteran Younis Khan, on his 39th birthday, struggled to 11 before he went lbw to Southee.

It was a Test that began with all the early signs in Pakistan’s favour. They won the toss on a lush green surface and celebrated with a wicket in the first over.

But that bright start faded rapidly and in the end not even the loss of more than four sessions to rain could save them.

Reaching 369 would have meant over-taking the record successful fourth innings chase in New Zealand of 348-5 by the West Indies 47 years ago in Auckland.

India have confidence in Dhawan and Pujara, says Rahane