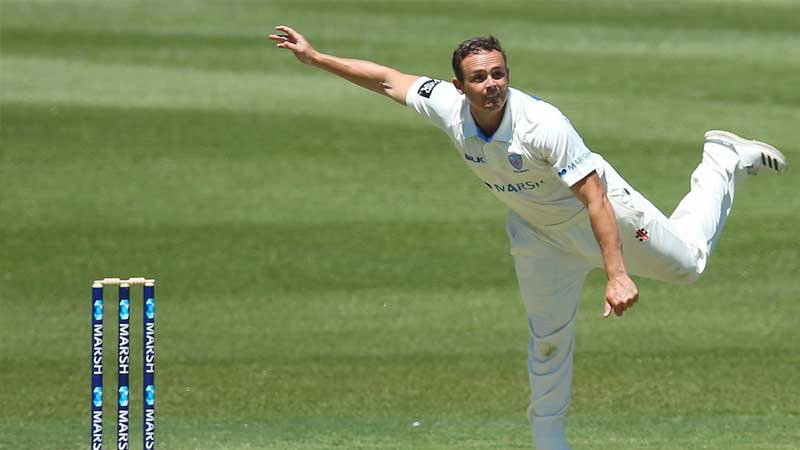 Sydney: Left-arm spinner Steve O’Keefe has ended his Sheffield Shield career following New South Wales’ decision not to offer him a contract for next summer.

O’Keefe, 35, will continue to play for the Sydney Sixers in the Big Bash League and Manly-Warringah in Sydney grade cricket, but the NSW hierarchy elected not to offer him another deal at a time when the Shield-winning state are looking to rejuvenate their spin-bowling division.

“I was disappointed when I was told that I wasn’t getting a contract but I respect and accept the decision, so I have decided to retire from first-class cricket,” O’Keefe said. “I will forever be grateful to Lee [Germon, the Cricket NSW chief executive].

“It’s been such a privilege to play for my country and captain my state, but above everything else, I’m most proud to have played alongside some of the best blokes I’ve ever met.”

His best season in 2013-14 had O’Keefe plucking 41 wickets for the Blues in 10 matches, earning him a place on Australia’s tour to the UAE to face Pakistan, where he made a modest Test debut. Two years later O’Keefe looked to be far more suited to the challenge of touring Sri Lanka, but a hamstring strain during the first Test in Kandy scuppered his tour just as he appeared to be one of the touring team’s most potent threats.

He would return to the team in India in 2017, enjoying the moment of his career as he plucked 12 for 70 to bowl Virat Kohli’s team out in Pune for a memorable victory in the opening match of the series. But his returns dried up over the rest of the series. He played once more, in Bangladesh later that year when still banned from the Blues.

Bears hoping to have Blast with Aussie Wade

Pietersen pulls out of IPL auction

Voges in the runs as champions Middlesex start with draw