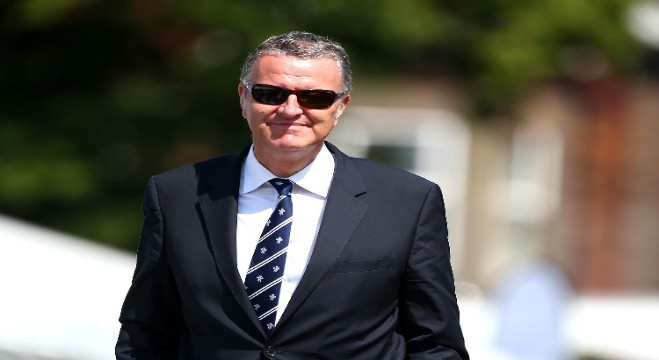 No slowing down of the Surrey juggernaut, says chairman

London: Richard Thompson is proud of Surrey being the biggest county in English cricket by “an enormous margin”, but the club’s chairman told AFP they will not rest on their laurels and intend to widen that gap.

Thompson, who was the youngest chairman in Surrey’s history when he was elected nine years ago aged 43, admits they do attract envy from their rivals.

“Nine players who came through our academy formed the backbone of our success (they won the county championship last year),” he said.

“I would like to think our rivals are like those who thought ‘Ok we may not like Manchester United under (Alex) Ferguson but you have to respect them because of the class of ’92 being home grown’.”

Thompson says that Surrey are seeking to build on their success both on and off the pitch.

“The academy is booming (they won the Under-15 and 17 championships this season) as is women’s cricket,” he told AFP at The Oval, where the fifth and final Ashes Test gets underway on Thursday.

“Our ambitions as a club are to win trophies and produce England cricketers.”

Surrey players have been crucial for England this year, with Jason Roy playing a pivotal role in the World Cup triumph while Rory Burns has been the highest-scoring opener in the Ashes so far.

However, the life-long Surrey fan has big plans too for The Oval — which in the 19th century also hosted rugby and football internationals, as well as being the birthplace of the Ashes.

“We would like to become the biggest ground in the country (the present capacity is 28,000, Lord’s is 30,000), which I think in the next five years we will achieve,” he said.

“That would allow us to host finals.

Thompson, who made his fortune creating entertainment management company Merlin, believes that red-ball cricket remains the pinnacle despite the lucrative nature of T20.

“Red ball is the gold standard,” he said. “Test cricket is where you become an immortal.

“A county championship is incredibly hard to win, we won it 20 times but it took us 17 years to win the 20th one last year.

“(In) the red-ball game you have to adapt to lots of different types of wickets, white-ball cricket is a batsman’s game.”

Thompson, who says Surrey can attract crowds of up to 8,000 per day at county matches, insists that cricket is flourishing.

“Cricket has done an extraordinary job in keeping itself relevant, whether it be cricket over three days, a day or three hours.”

Thompson may be a traditionalist but he accepts that T20 has had an indelible impact on the sport.

He and Surrey have put more emphasis on drawing in families and dissuading stag parties — to the extent they lowered the strength of the beer on sale and “killed the beer snakes”.

“This year 50 percent of our T20 purchasers are brand new to cricket and 60 percent are new to T20, the numbers are astronomical,” he said.

The family aspect is helped by charging just a pound for children, but while that may cause a loss on the night, it is an investment for the future.

While the present-day ‘kids for a quid’ can play video games in boxes behind where their parents are sitting, Thompson is mindful of striking the correct balance with spectators.

“There is a chant at Old Trafford, ‘We will beat you back to London’ as so many of the spectators are corporate,” he said.

“You don’t want to lose that atmosphere peculiar to The Oval. You will lose it quickly if you insert too many corporate boxes.

New kid on the block

To hit or not to hit? Finch faces dilemma for Test debut