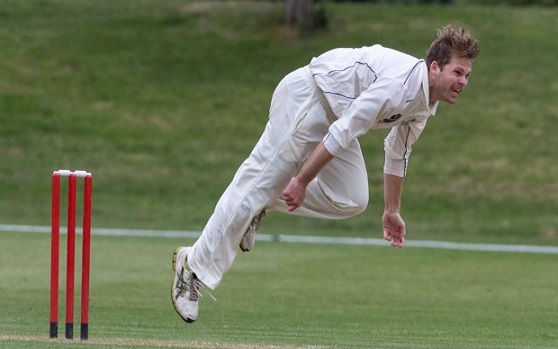 Hamilton: New Zealand believe they have unearthed a genuine express bowler in Lockie Ferguson who was named Friday in the one-day squad for next month’s limited over series against Australia.

Newcomer Ferguson and spinner Todd Astle, who has played Test and T20 cricket, were the only new faces in the 14-man ODI lineup to defend the Chappell-Hadlee Trophy.

Colin de Grandhomme earned a recall after picking up a man-of-the-match award in his Test debut against Pakistan last week.

“There’s some real gas to Lockie Ferguson so there’s an element of surprise and no batsman like playing guys who are bowling with that sort of pace,” selector Gavin Larsen said.

Australia have lost the last two Chappell-Hadlee series against New Zealand and were whitewashed 5-0 in an ODI series against South Africa last month although Larsen said that makes them dangerous.

“Given that they’re in turmoil I expect them to come hard at us, probably ruthless. I think they will be hurting and will want to put us away.”

Senior batsman Ross Taylor is to undergo eye surgery next week and will not tour, but Trent Boult who is sitting out the second Test against Pakistan with a knee injury, has been retained.

Adam Milne, Mitchell McClenaghan, George Worker and Corey Anderson were not considered because of injury.

Snippets From The Goings On In COVID Stricken Cricket