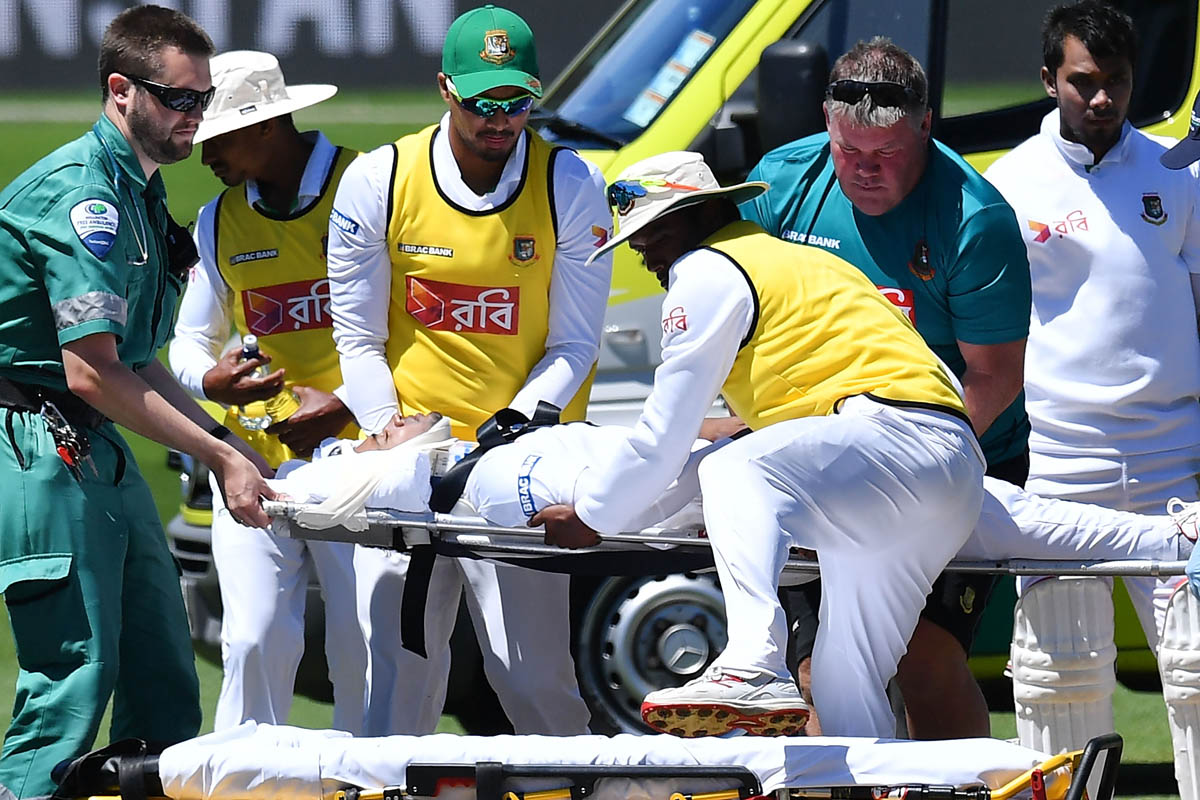 Wellington: New Zealand and Bangladesh Monday defended the short ball as a legitimate weapon following the bouncer-laden first Test which saw Mushfiqur Rahim rushed to hospital after being hit on the head.

Kane Williamson led New Zealand in a stunning fightback to win the Test on Monday after Bangladesh were reduced to nine wickets in their second innings with Mushfiqur injured.

Williamson, who scored his 15th century as New Zealand mowed down a 217-run target late on the final day, said the injury was sad to see but the bouncer was a legitimate weapon.

After Bangladesh posted an imposing 595 for eight in their first innings and New Zealand fell 56 runs short in reply, the game turned when the hosts employed the short ball to end the Bangladesh second innings at 160-9.

Mushfiqur retired hurt on 13 and was taken to hospital in an ambulance after he was felled by a short-pitched delivery from Tim Southee.

It was one of several bouncers which had the Bangladesh captain frequently ducking and weaving during his 80 minutes at the crease.

Mushfiqur was given the all-clear following x-rays but took no further part in the match and while Williamson said that was unfortunate for Bangladesh, he defended the continued use of the short ball.

“It’s a tactic to get players out,” he said.

“It is very unfortunate when you do see someone get hit. It’s obviously a delicate place and both teams were very concerned when it happened.

“It was sad to see. It’s never nice to see someone in an ambulance on the cricket field but nice to see he’s OK now.”

Williamson said that after a tough first innings, the way the New Zealand bowlers came back in the second and “put the ball in the right area was a great effort which set the game up for us.”

Bangladesh also made ample use of the bouncer with Neil Wagner hit three times in his first innings with one ball slamming the helmet grille into his face and leaving him with a cut chin.

Tamim Iqbal, who took over the leadership of the Bangladesh side, had no complaints about the tactic and likened a threatening short delivery in New Zealand to facing spin in the sub-continent.

“That’s part of the game. You can’t complain about it,” he said.

“That was their strategy maybe. I have no complaints. I am sure Mushy (Mushfiqur) doesn’t have complaints too.

“When they come to Bangladesh we know that they don’t like playing spin, we’ll bowl spin all day, that’s what happens.”
@AFP

Money minting by PCB official in the name of “legends”