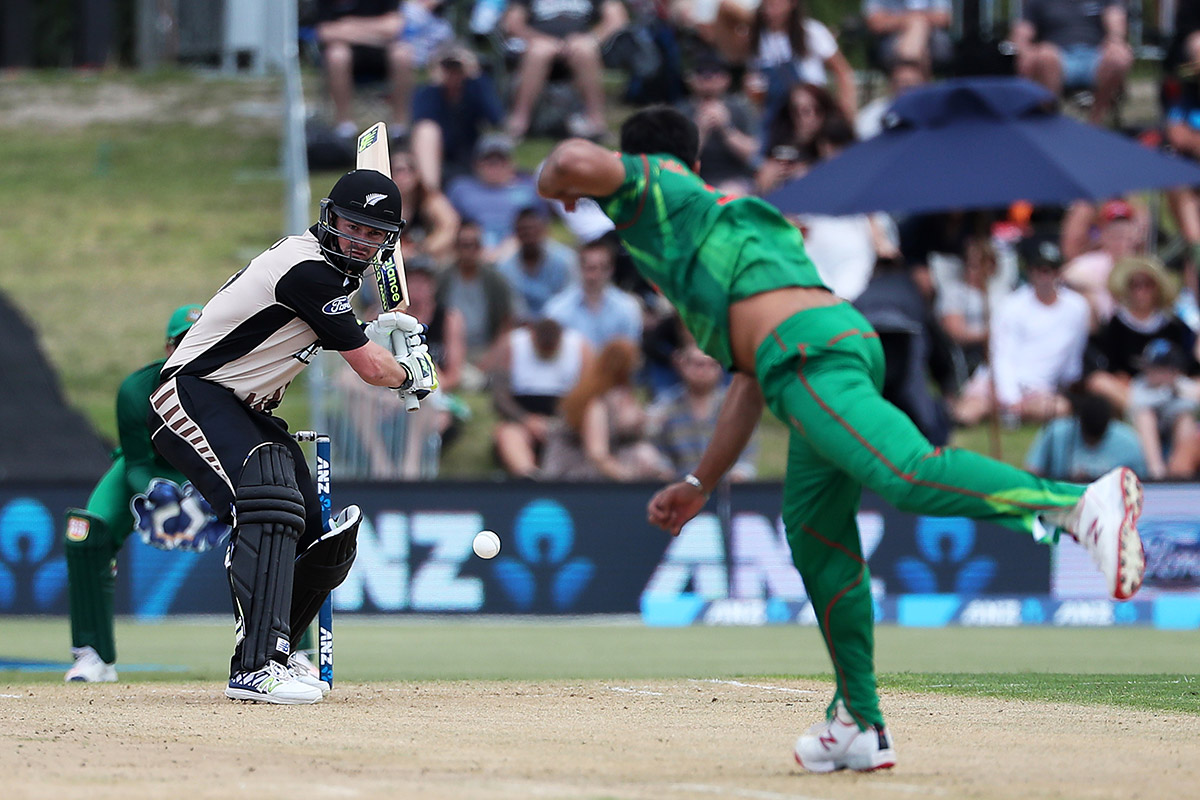 Mount Maunganui: Colin Munro produced a masterclass of controlled aggression to smash 101 off 54 balls as New Zealand coasted to a 47-run win in the second Twenty20 against Bangladesh on Friday.

The comprehensive victory at Mount Maunganui gave New Zealand an unbeatable 2-0 lead in the three-match series, and follows their 3-0 sweep of the 50-over matches.

With Munro in sublime form, hitting seven sixes and as many fours in his whirlwind innings, New Zealand posted a daunting 195-7.

Bangladesh in reply were all out for 148 in the 19th over.

Sabbir Rahman and Soumya Sarkar made a bold attempt to run down the target after Bangladesh slumped to 36-3 in the fifth over.

The pair piled on 68 off 40 deliveries, including 21 off a Colin de Grandhomme over before a spectacular collapse in which seven wickets fell for 44 runs.

With Sabbir and Soumya scoring with ease, and the required run rate after 10 overs at 9.3, New Zealand were forced to bring back Trent Boult, their main strike bowler, earlier than expected for his third over.

Boult immediately removed Soumya for 39 and Sabbir fell to Ish Sodhi for 48 to start a slide that saw Bangladesh all out with 11 balls remaining.

Bangladesh, needing to win to keep the series alive, won the toss and opted to bowl first on a ground where the side batting second has traditionally won.

They made the best possible start with opener Luke Ronchi dismissed first ball, but the game was immediately taken away from them when Munro arrived at the crease.

Kane Williamson (12) and Corey Anderson (four) did not hang around long but Tom Bruce joined Munro to form the backbone of the innings with a 123-run stand for the fifth wicket in just 67 balls.

Bruce, in only his second international, was unbeaten on 59 at the close of the New Zealand innings.

The third and final match in the series is again at Bay Oval on Sunday, to be followed by Tests in Wellington and Christchurch.

Dhoni bosses yet another run-chase as RPS prevail over SRH