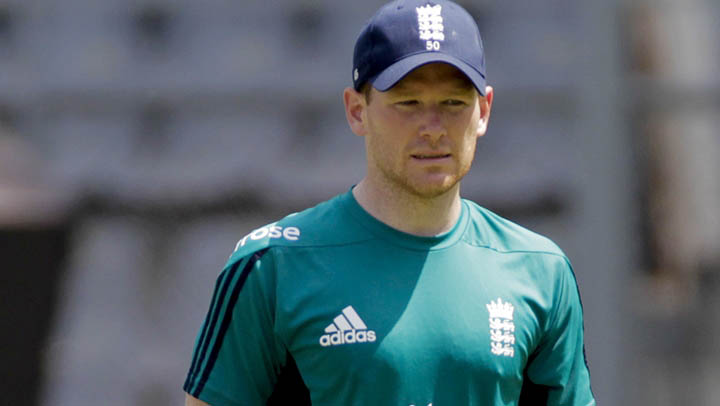 Nottingham: England captain Eoin Morgan has said his side are prepared to run an Ashes injury-risk with several key players by fielding their “best team” throughout the one-day international series against West Indies.

Ben Stokes was rested from the lone Twenty20 international of the tour which West Indies — the World Twenty20 champions — won at Chester-le-Street last Saturday.

But Morgan ruled out similar treatment for any of the Test stars taking part in the ODI campaign, even though the Ashes tour of Australia starts in just over a month’s time.

Joe Root, England’s Test captain, Jonny Bairstow, Moeen Ali and Stokes were all included in the side for Thursday’s abandoned second ODI at Trent Bridge.

And Morgan made it clear that Ashes-holders England had no intention of resting any of the quartet in the remaining three games of a five-match series.

“We’re going to play our best team in this series,” said Morgan.

“We feel given they will have the whole of October off, we have planned for this pretty much since the lead-in to the Champions Trophy after which all them were rested for the South Africa T20 series barring Jonny Bairstow, who was playing for an opportunity more than anything else.”

This has been England’s longest international home season, having started with a one-day international against Morgan’s native Ireland in Bristol on May 5.

For players such as Root and Stokes, mainstays in all three formats, it has been a particularly hard campaign, with the season incorporating the Champions Trophy one-day tournament and seven Tests — four against South Africa and three with West Indies.

But Morgan was confident England’s multi-format men would have plenty of time to rest up ahead of the first Test against Australia in Brisbane starting on November 23.

“All the guys have the month of October off and then obviously a long winter’s tour of Australia where at the back end of that there could be an opportunity in the T20 tri-series where potentially we can take a look at guys being rested,” Morgan said.

Thursday’s match lasted a mere 2.2 overs before rain stopped play and eventually led the umpires to call the game off as a no-result.

Rain delayed the start of Tuesday’s series-opener in Manchester by two hours, with England going on to win a match reduced to 42 overs per side by seven wickets.

Morgan, however, was comfortable playing international cricket in England this late in September.

“I think given the nature of the amount of cricket we’ve had this summer we’re forced to play a bit later than we would normally, but that’s been the schedule for a while,” he said.

Khalid Latif ‘given bat grips by bookie’ to indicate fix