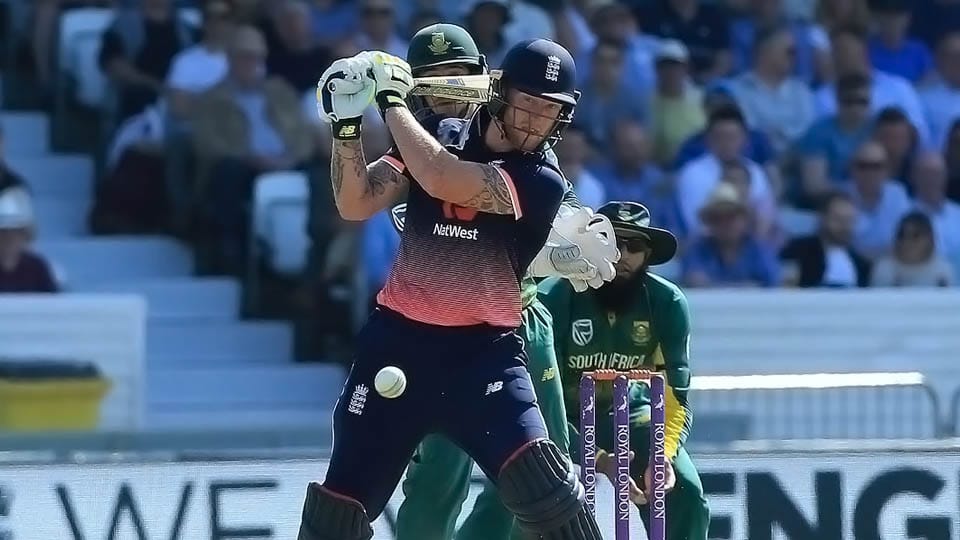 Leeds: England captain Eoin Morgan moved to allay concerns over the fitness of Ben Stokes as the hosts launched their one-day international series against South Africa with a convincing 72-run win at Headingley on Wednesday.

The only cloud on the horizon as England went 1-0 up in a three-match contest ahead of next week’s Champions Trophy tournament on home soil was the sight of Stokes leaving the field during the second innings after suffering pain in his left knee.

Stokes, in his first England match since his most valuable player-winning stint in the lucrative Indian Premier League competition, came back on later Wednesday but did not add to his tally of two overs.

Morgan, whose 107 laid the platform for England’s win over the Proteas, the world’s top-ranked ODI side, said Stokes had been given the all clear to bowl by medical staff but that he saw no point in recalling him to the attack with the home team on the brink of a commanding win under the Headingley floodlights.

Stokes had surgery on the same knee last year but Morgan insisted all was well with his star all-rounder.

“It doesn’t even have swelling, no significant signs of an injury, but we’ll assess that in the next couple of days.

“He did the right thing, went off to get checked, because knees can leave you out for up to six months or a year if something significant does happen.

“He came back on with the green light to bowl and was running around, but he understands. He’s an experienced campaigner.”

Morgan’s innings and an unbeaten 77 from Moeen Ali, with the two left-handers sharing a century stand, helped England pile up 339 for six against South Africa.

They then dismissed the Proteas for 267 with five overs to spare, Ali winning the man-of-the-match award after taking two wickets with his off-spin.

A delighted Morgan added: “It was the best way we could have started, a very good day at the office and a pretty complete performance.

“It’s very satisfying putting in a performance like that, especially against a really, really strong team and given the start they got and the calibre of batting all the way down the order,” the former Ireland batsman added.

“A lot of guys were upset by what happened and we dedicate this game to them (the victims),” Ali told the BBC.

Reflecting on his own performance, the often overly modest Ali added: “I backed my game today more than I have done in the past sometimes.”

Meanwhile South Africa captain AB de Villiers said his side had been unable to contain an England team who plundered 102 runs from their last 10 overs after he had sent them into bat.

“England played phenomenally well with the bat, credit to Morgs for the hundred,” said de Villiers.

“They dominated the bowling and manipulated us, probably 20-30 above par and we didn’t bat well enough. But congrats to them.

“We couldn’t get a partnership going and at the end of the day we were outplayed.”

The series continues at Southampton on Saturday.

Ashes series to be the last for Chappell

Working in Pakistan is a great experience: Richard Stonier

PSL 2020 postponed, to be rescheduled