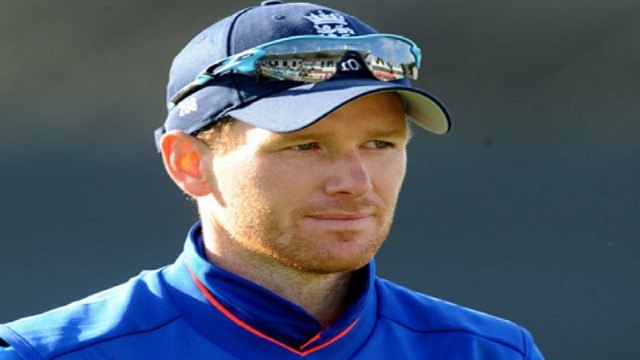 May 30, 2018 | By ScoreLine Desk
London: Eoin Morgan hopes to make a quick return from the fractured finger that has ruled the England one-day captain out of his appearance for the Rest of the World against the West Indies.

Morgan will miss the Twenty20 fixture at Lord’s after chipping the end of his right ring finger.

It is believed the problem will sideline Morgan for seven to 10 days, meaning he should be fit to play in England’s one-day international against Scotland at Edinburgh on June 10.

The Scotland clash is followed by five ODIs against Australia next month.

“It’s not a huge concern, it’s one that hopefully we can manage past about a week when the swelling goes down,” Morgan said.

“It’s not fractured into the joint, which is a really good result. I’ll be fine for the one-dayers.

“I will hopefully be back for one more Middlesex game, potentially two. We will wait and see.”

Morgan’s county Middlesex confirmed he suffered the injury when he was fielding during the Royal London One-Day Cup match against Somerset on Sunday.

The batsman was set to captain the World XI in a game which is being held to raise funds for stadiums in Dominica and Anguilla damaged by hurricanes last year.

Andy Flower, the England and Wales Cricket Board’s stand-in director, said on the ICC’s official website: “It is not a bad crack but it is bad enough to keep him out of tomorrow’s Middlesex game and the World XI game.”

Former Pakistan captain Shahid Afridi will skipper the World XI in the absence of Morgan.