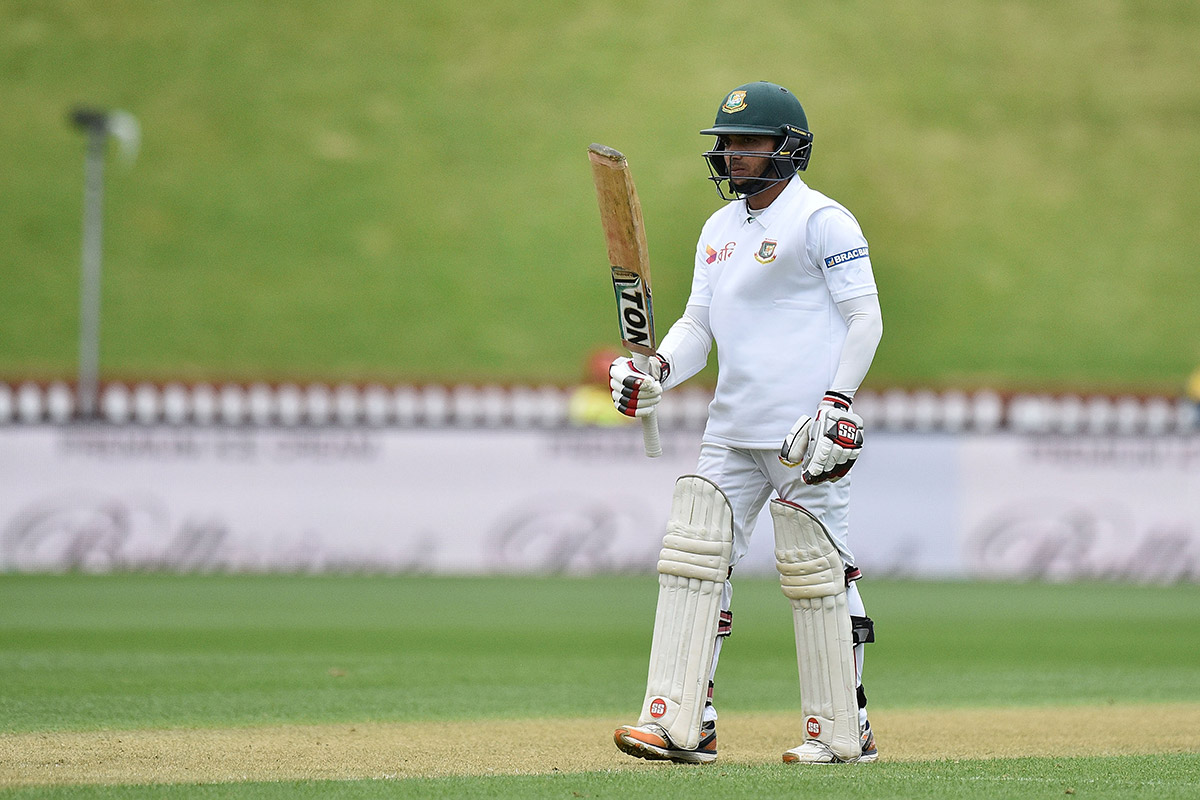 Wellington: Mominul Haque and Tamim Iqbal plundered the New Zealand attack to have Bangladesh 154-3 at stumps on a rain-disrupted opening day of the first Test in Wellington on Thursday.

Only 40.2 overs were possible with play stopped twice because of rain and eventually ended by bad light with Mominul unbeaten on 64 at the close and Shakib Al Hasan on five after being dropped on four. Opener Tamim went for 56.

The overcast weather, strong wind and green wicket at the Basin Reserve suggested a bowler’s paradise at the start of the day but the conditions proved not as threatening as first thought.

Instead the bowlers, particularly Trent Boult in the early overs, had trouble keeping their balance and line in the wind — with gusts up to 120 kilometres per hour (74.6 mph).

The wind sent the bails, players’ caps and sunglasses flying and forced the television cameramen to vacate their tower at the exposed end of the ground but it could not stop Tamim and Mominul cashing in.

Tamim only faced 50 deliveries for his whirlwind 56, which included 11 boundaries, while Mominul has 10 fours and a six to his name.

Tamim was particularly tough on Boult at the start of the day and New Zealand’s new-ball specialist, with the wind behind him, was pulled out of the attack after three overs which cost 26 runs of which Tamim had 25.

But Boult had the final say in their battle when play resumed after the first rain break as he trapped Tamim lbw in the first over of his second spell.

It was the second leg-before appeal Tamim faced and both were initially turned down.

New Zealand sought a review both times and were successful with the second challenge.

Mominul, who has scored two centuries in four previous innings against New Zealand, had been rather circumspect until the rain arrived for a second time 89 minutes into the middle session.

The left-hander launched into Tim Southee with two fours and a top-edge that flew over the wicketkeeper’s head for six before the players left the field.

Southee, working into the wind, removed opener Imrul Kayes for one and had figures of one for six off 5.3 overs when rain first stopped play, and finished the day with one for 45. Boult has one for 55 and Wagner, who removed Mahmudullah (26) ended with one for 28.

The forecast for the next two days is for fine weather with further rain expected on Sunday.

The inclusion of Boult for Matt Henry was the only change to the New Zealand side which beat Pakistan in their last Test in November.

Bangladesh have two debutants in their line up, pacemen Taskin Ahmed and Subashis Roy.

Their third seamer, Kamrul Islam, has only two Tests to his name, as does 19-year-old all-rounder Mehedi Hasan.

Mominul, Gabriel shine on day one of Bangladesh Test

Mominul back in Bangladesh squad for Aussie Test