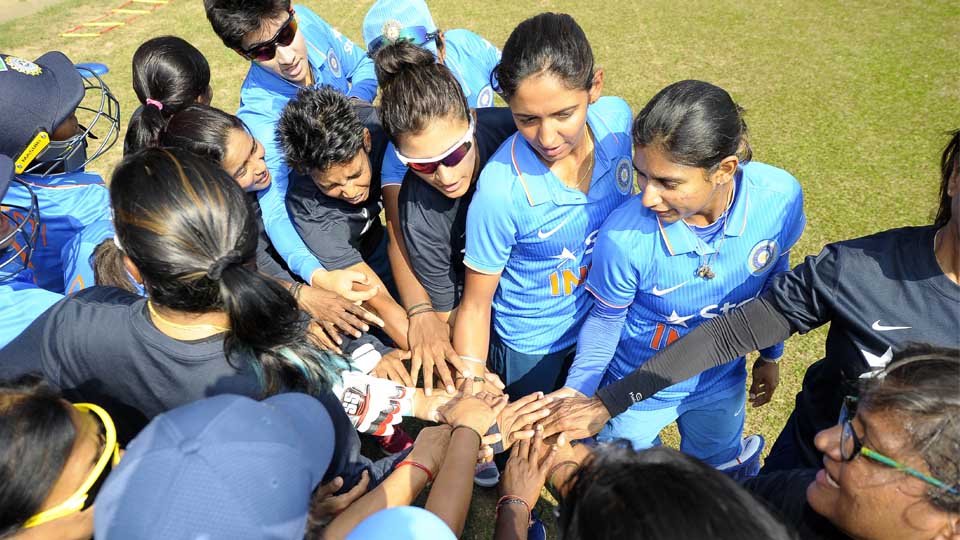 India captain Mithali Raj is not taking lightly the next match against Ireland on Friday that could make her team the first to ensure a berth in the Super Six stage of the ICC Women’s World Cup Qualifier 2017 but is at the same time planning to groom players in matches ahead.

“We’ve not played Ireland in this format for a long time. We can’t take them lightly because we have seen that in both groups, teams are coming close to a total of 200, so we need to post more than that to be on the safe side.

“I definitely want my batting line-up to fire like we did against Sri Lanka and continue to have our bowlers to be disciplined because wickets here are good to bat on and may not really assist the spinners,” Raj said.

India posted 259 for four and defeated Sri Lanka by 114 runs in its opening match and Thailand by nine wickets for two straight wins in Group A. South Africa leads Group B with two wins but is not scheduled to play on Friday.

Sri Lanka, Ireland (both Group A), Pakistan and Bangladesh (both Group B) have all scored one win each so far in the 10-team tournament which will see four teams qualify for the ICC Women’s World Cup 2017 and the ICC Women’s Championship. Also, all teams making the Super Six stage will be assured of ODI status for the next four-year cycle.

Pakistan and Bangladesh too will be strengthening their chances of qualifying if they win their matches against Papua New Guinea and Bangladesh, respectively, on Friday. Both teams will then have two wins from three matches each.

Raj is happy that the likes of opener Devika Vaidya and pace bowler Mansi Joshi have done well in the opening two matches. The 19-year-old Vaidya smashed a fine 89 against Sri Lanka while Joshi grabbed three for four to help dismiss Thailand for 55.

“Mansi and Devika have done well but we look forward to the Super Six stage because that’s the phase where we will be actually meeting good sides like South Africa and Pakistan. Those are the matches in which we will see how good they are, how they handle pressure.

“It’s always important to have your bench solid for when we have injuries like with our strike bowler Jhulan Goswami and opener Smriti Mandhana in this tournament, so that when we prepare for the ICC Women’s World Cup 2017, we have a strong squad. The World Cup is not a tournament where you can try anything. We have to try our combinations here.”

Raj has praise for the newer teams and feels they are learning fast.

“It’s good to see that teams are not getting bundled out regularly for very low scores. This shows that they have really worked hard in the last few years. Considering that teams like Zimbabwe and Papua New Guinea are first-timers in this tournament, playing 50-over games is a big task because you need temperament for that.

“The experience of playing teams like India, South Africa, Pakistan and Sri Lanka will be an experience for them and I’m sure that by the next Qualifiers there will be remarkable improvement,” she said.