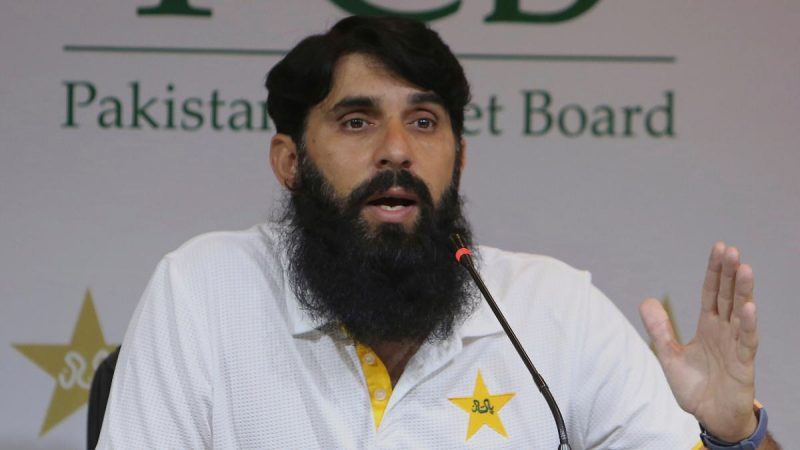 LONDON: Head coach Misbah-ul-Haq is adamant Pakistan’s upcoming tour of England amid the coronavirus pandemic is not dependent upon a return visit.

Next month international cricket is set to resume for the first time since the outbreak as England host the West Indies in a three-Test series staged behind closed doors.

Pakistan are also meant to play three Tests, as well as three Twenty20Is, in a series scheduled to start on August 5, although the England and Wales Cricket Board (ECB) have still to confirm the dates.

Cricket West Indies (CWI) president Ricky Skerritt told website a $3 million loan to CWI by the ECB in May, was not contingent upon his side touring England but rather a ‘helping hand’ from one of the sport’s wealthiest major bodies to one of its poorest.

The Pakistan Cricket Board, who announced on Friday a touring squad at a time when more than 50,000 people have died from Covid-19 in Britain, are also a financial minnow compared to the ECB.

But Pakistan chief selector and head coach Misbah, in a conference call on Saturday, rejected talk of a reciprocal arrangement.

“It is not in our minds that we are coming and keeping in view something that the ECB has to do for us in return,” he said.

“It is important for us to restart international cricket somewhere, get the players back on the ground. That is the most important thing at the moment.” Nevertheless, looking to the longer term, the former Pakistan captain added: “Obviously, in a bigger picture, we are not expecting anything in return but overall, we want not just the ECB but all cricketing nations to help each other so this game can grow. It’s important for cricket fans in Pakistan and also for Pakistan cricket that countries start touring Pakistan.”

Meanwhile Misbah said Pakistan’s experience of playing ‘home’ games in the United Arab Emirates without the ‘energy’ provided by fans would stand them in good stead for matches in England where there will be no spectators on health grounds.

“Nobody understands it better than us because we played much more cricket than any other team in the world with empty stadiums in the UAE,” he said.

“Obviously in a bigger picture, if we want to resume international cricket, we have to start it from somewhere.” Misbah also wished Shahid Afridi well after his fellow former Pakistan skipper tweeted on Saturday he had tested positive for the illness.

“My prayers are with him, all well wishes with him that he gets out of this soon,” said Misbah.

“I think he was doing a lot of work in the area of Balochistan and the northern areas just to help the people. Throughout the Covid-19 situation he was helping the poor, doing a very good job.”