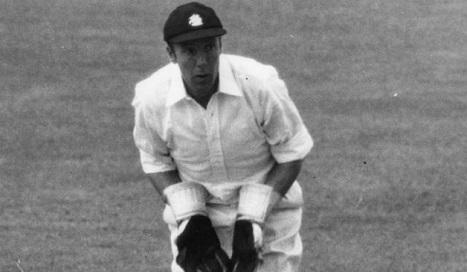 Murray was taken ill at Lord’s, Middlesex’s home ground, following the completion of their dramatic County Championship win against Warwickshire on Tuesday and died later that evening.

Many shrewd judges felt he was unlucky to play just the 21 Tests for England, which yielded 55 dismissals and 506 runs at 22, including an innings of 112 against the West Indies at The Oval in 1966.

“He is undoubtedly the finest wicket-keeper in the history of the club and would be one of the first names on any team sheet when picking an all-time Middlesex XI. What he achieved is unlikely to be repeated.”

Emburey added: “He was not only a very fine cricketer, but was a fine man – loyal and committed to Middlesex Cricket. He was a Middlesex man through and through and he continued to serve the club magnificently after retirement as a committee man, confidant and, most of all supporter.

“In many ways, it was fitting that his last day was spent at Lord’s enjoying a Middlesex victory.”

The Middlesex flag at Lord’s will fly at half-mast in Murray’s memory.