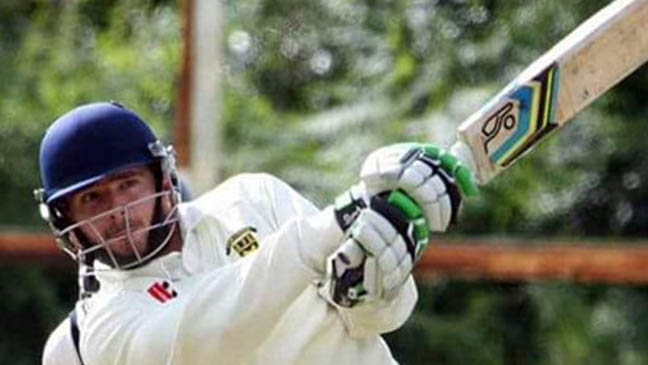 Johannesburg: Marco Marais slammed the fastest triple century in first-class cricket to become the second South African in just over a week to claim a world record.

Marais, 24, went on a hitting spree to smash 300 not out off 191 balls for Border against Eastern Province in East London in South Africa’s three-day provincial competition, the country’s second tier of first-class cricket.

The previous fastest recorded triple century in terms of balls faced was off 221 deliveries by Charlie Macartney for the touring Australians against Nottinghamshire in 1921.

Denis Compton made 300 for MCC against North-Eastern Transvaal in 181 minutes in 1948/49 but the number of balls faced was not recorded. The England batsman went in at 61 for two and the total innings lasted for 71 eight-ball overs.

The previously unheralded Marais hit 35 fours and 13 sixes after arriving to bat with his side in trouble at 82 for four.

He and Bradley Williams (113 not out) added an unbeaten 428 runs before Border declared. Rain interfered with the match, which ended in a draw.

Like Shane Dadswell, who set a ‘minor’ cricket world record by smashing 490 not out in a limited overs club match in Potchefstroom recently, Marais is hoping his feat will provide a step up to franchise cricket, the top tier of South African domestic cricket.

“I didn’t go overseas to play club cricket this year,” he said. “I sacrificed and I worked the whole off-season on specific things and areas I thought I could improve on.”

Bangladesh to call Shakib back from IPL for World Cup camp

Younis up for West Indies challenge