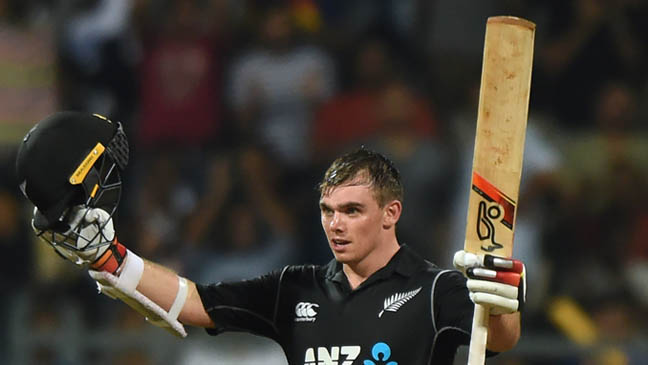 Mumbai: Kane Williamson hailed century-maker Tom Latham and Ross Taylor for inspiring “one of the greatest chases ever” after New Zealand stunned India by six wickets in the first ODI Sunday.

Latham scored 103 and Taylor made 95 as the batsmen put on a massive 200-run partnership to win a thrilling contest at Mumbai’s Wankhede Stadium with six balls to spare.

“It was a brilliant performance from Virat, happening every time he walks out to the crease. But we stuck at it and it was one of the greatest chases I’ve seen, certainly in my time as a Black Cap,” New Zealand captain Williamson said afterwards.

The visitors’ run chase got off to a poor start with opener Colin Munro falling for 28 before Williamson walked shortly afterwards on a paltry six.

When Martin Guptill was sent packing by Hardik Pandya in the 18th over for 32 New Zealand were at 80-3 and looking like they were heading for a heavy defeat.

But 25-year-old Latham and Taylor, 33, had other ideas and easily batted away everything that India’s newest spin attack of Kuldeep Yadav and Yuzvendra Chahal could throw at them.

“I have to go back to that partnership — Tom and Ross controlled the innings perfectly through the middle overs,” beamed Williamson.

Latham, who was named man of the match, said it had been difficult to keep wicket for 50 overs and then bat for so long in Mumbai’s humidity of 70 percent plus.

“It was tough. The conditions are completely different to back home,” he explained, lavishing praise on Taylor for helping him get to his century.

“The biggest thing in a partnership is communication. We were talking every over. Hats off to him for playing such a great innings. He was a calming influence on me,” said Latham.

Taylor was dismissed in the penultimate over, caught by Chahal off Bhuvneshwar Kumar, with New Zealand needing just one run to win.

Henry Nicholls then came in and smashed a four to secure the tourists’ victory with Latham finishing the game unbeaten.

“I’ll take the win anytime. I think that was one of his (Latham’s) best innings ever,” Taylor enthused.

Earlier, Kohli scored his 31st ODI century in his 200th match as India set New Zealand a target of 281 after winning the toss and opting to bat first.

The Indian captain fired 121 off 125 balls including nine fours and two sixes.

“We thought (we had) a good total. But Ross and Tom were fantastic. And when you get a 200 partnership, you deserve to win,” said Kohli.

The win sees New Zealand take a 1-0 lead in the three-match series. The second ODI takes place in Pune on Wednesday, with the third in Kanpur on October 29.

Mathews calls on Sri Lanka to convert half-centuries against India