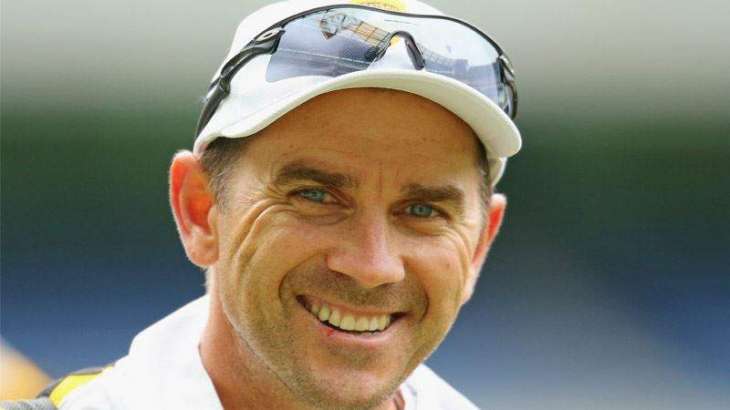 London: Australia coach Justin Langer paid tribute to the “outstanding” James Sutherland on Wednesday, saying he would be “surprised if the ball-tampering scandal in South Africa had played any part in the Cricket Australia chief executive’s decision to leave his post.

Sutherland, who has been chief executive for 17 of his nearly 20 years with CA, announced earlier Wednesday he would be standing down.

He added he had given 12 months’ notice but would continue in his role until a suitable replacement is found.

Sutherland came under pressure to quit in March when former captain Steve Smith, his deputy David Warner and batsman Cameron Bancroft attempted to alter the ball in the third Test in South Africa.

They were all sent home in disgrace and banned from state and international cricket over one of the biggest scandals to engulf the sport, while then-coach Darren Lehmann resigned and was replaced by Langer.

Sutherland resisted a clamour for his resignation and he insisted Wednesday the scandal had “no bearing” on his decision, a view endorsed by Langer.

“His leadership has been outstanding over the last 18 or 19 years. I always remember (former Australia coach) John Buchanan saying you judge a champion by their longevity and he’s had a long time in the job,” said Langer, speaking at Lord’s, where Australia were training ahead of a one-day international series in England.

“He (Sutherland) has done a brilliant job for Australian cricket,” the former Australia opening batsman added.

“He’ll be missed, he’s an outstanding person and he’ll be really missed at the top of Australian cricket.”

Pressed on whether the ball-tampering incident had played part in Sutherland’s decision, Langer replied: I don’t think so.

“He’s been in the job a long time.

“If you go through the corporate world, there’s very few CEOs (chief executive officers) who have been there as long as he has. In a sense he’s been an outlier to be there for so long.

“He’s done a brilliant job, the recent TV rights deal, he’s set a great foundation and I’d be surprised if that (the South Africa crisis prompting Sutherland’s decision) was the case.”

Australia, the 50-over world champions, will be taking on an England side who are currently top of the one-day international rankings.

They face Sussex at Hove on Thursday before another warm-up match against Middlesex at Lord’s on Saturday.

After that fixture, Australia will head across London for the first of a five-match ODI series against England at The Oval on Wednesday, June 13.