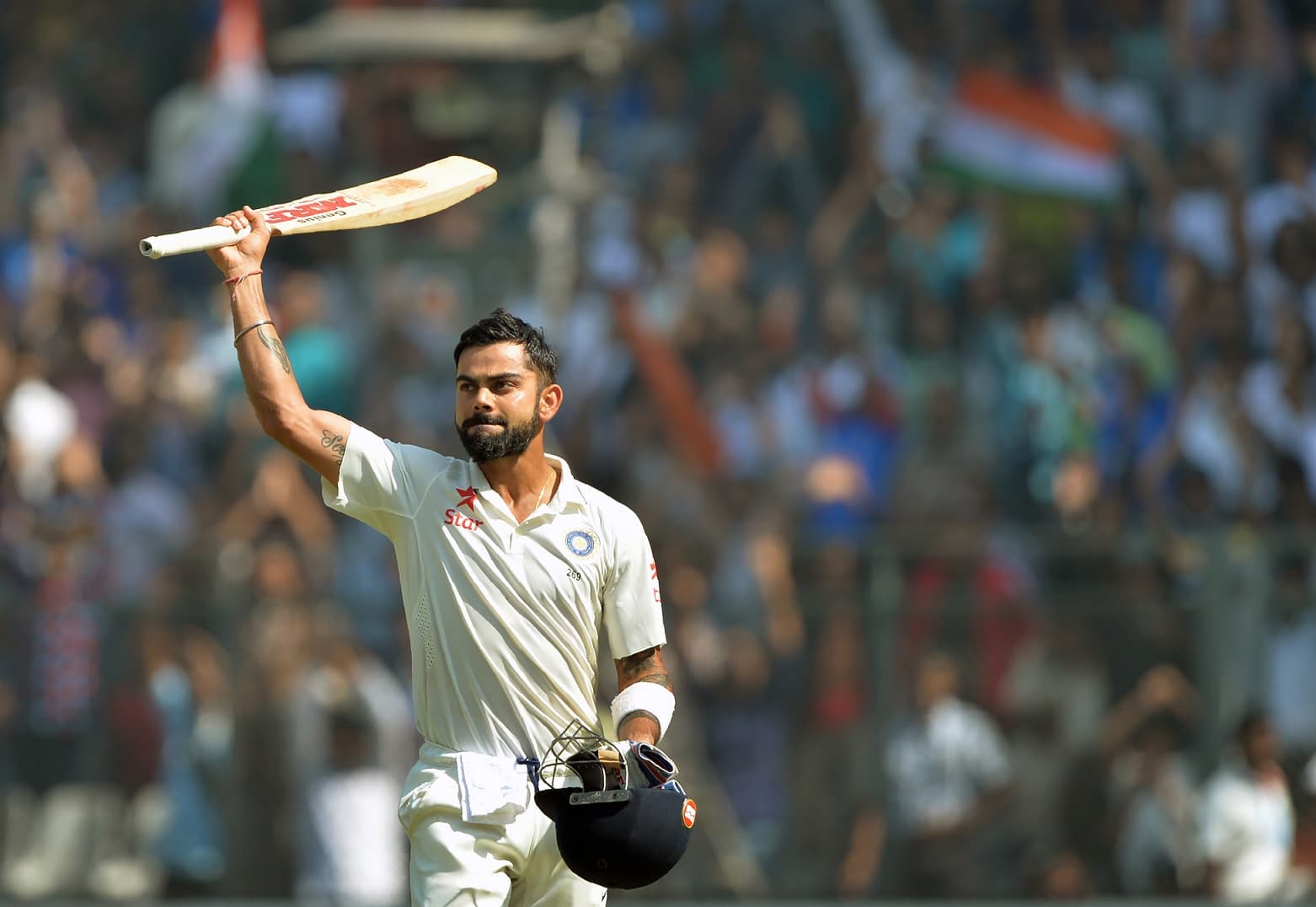 Indian batsman Virat Kohli climbed to a career-best second place in the Test rankings Tuesday after his third double century of the year helped the hosts seal their series victory over England.

Kohli, who is in the form of his life after striking his third double ton of the year, jumped a place in the Test table and is in line to top the rankings in all three forms of the game.

Kohli, who is currently ranked second in ODIs and tops the Twenty20 chart, is just 11 points behind Australia captain Steve Smith in the International Cricket Council Test ratings.

Dubbed King Kohli by the media, the Indian skipper hit a career-best 235 at Mumbai’s Wankhede Stadium over the weekend as his team romped to victory over England in the fourth match of the five-Test series.

While India consolidated their ranking as the top Test side, the Alastair Cook-led England are in danger of losing their second place if they lose to their hosts in the fifth and final Test in Chennai starting Friday.

Third-placed Australia and fourth-ranked Pakistan will be looking to displace England during their three Test series starting with the day-night Test in Brisbane on December 15.

Meanwhile Indian spinner Ravichandran Ashwin, who has claimed 27 wickets in the four matches so far, comfortably held on to his top Test spot in the bowlers’ chart.

Ton-up Woakes Lord’s it over India in second Test

PCB to call back players from foreign assignments