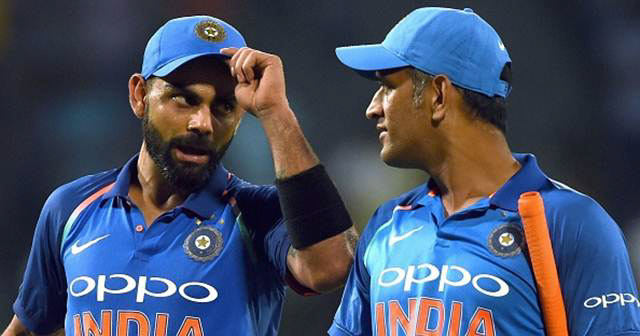 The selection of the 33-year-old Karthik in the 15-member squad was sharply criticised by some former cricketers who felt the 21-year-old Pant should have been given a chance.

Since making his debut in 2018, Pant has impressed with his batting, including a maiden Test century in England.

He scored 488 runs from 16 matches in the just-finished Indian Premier League, while Karthik made 253 runs from 14 games.

Both players are vying for the reserve wicketkeeper slot behind former skipper Mahendra Singh Dhoni.

“In pressure situations, he (Karthik) has shown composure. It was something that everybody on board was convinced about. He has the experience,” Kohli told the Times of India newspaper.

“If, god forbid, something happens to MS (Dhoni), Karthik can be immensely valuable behind the wickets. As a finisher, he’s done well.

“So, it was the overall exposure to a tournament of this magnitude that was taken into primary consideration,” said Kohli.

After making his debut in 2004, Karthik has played 91 one-day internationals while Pant has five to his name.

Kohli, who will be leading India for the first time at the World Cup, said he was not bothered about the constant attention he gets as a batsman and captain.

“I don’t want to be the centre of everything. Nobody wants that. But when your intent is to make the team win, eventually you end up doing things which are always going to be seen,” said Kohli, the world’s number one Test and one-day player.

“I would always put my body on the line for the team.”