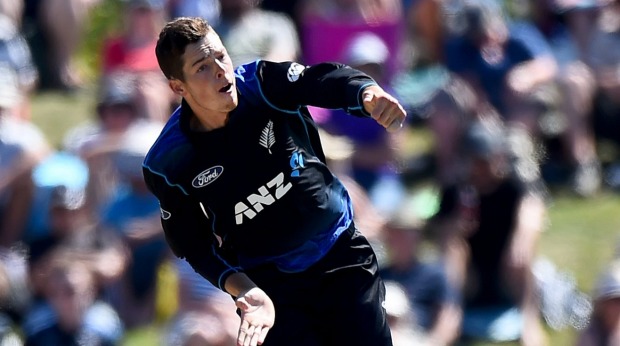 London: New Zealand all-rounder Mitchell Santner will be back playing for English county Worcestershire in the T20 Blast next season, the club announced Wednesday.

The 24-year-old — who has been capped by his country in all three international formats — will re-join his team-mates after the Champions Trophy hosted by England in June 2017.

Santner said he is hoping for a longer spell at the county than last season, when a broken finger on his debut brought a premature end to his stay.

“I really enjoyed my time at Worcester with a great bunch of lads and it was so frustrating for me to pick up that injury in the very first T20 game,” said Santner, a left-arm spinner and useful lower-order batsman.

“It’s fantastic that I’ve got the chance to come back again next summer and hopefully I can make up for lost time and make an impact with bat and ball,” he added.

Santner must first receive visa-clearance and a no objection certificate from New Zealand cricket, but Worcestershire’s director of cricket Steve Rhodes is looking forward to welcoming a player who has a lot to prove.

“There is some unfinished business with Mitch,” said Rhodes.

“We know he is a good player, an international player, but I always like to have signings where people have got something to prove and I think he feels that way so that’s why it is an exciting signing.”

Steyn to target England for comeback

Billings ruled out of England duty after dislocating shoulder