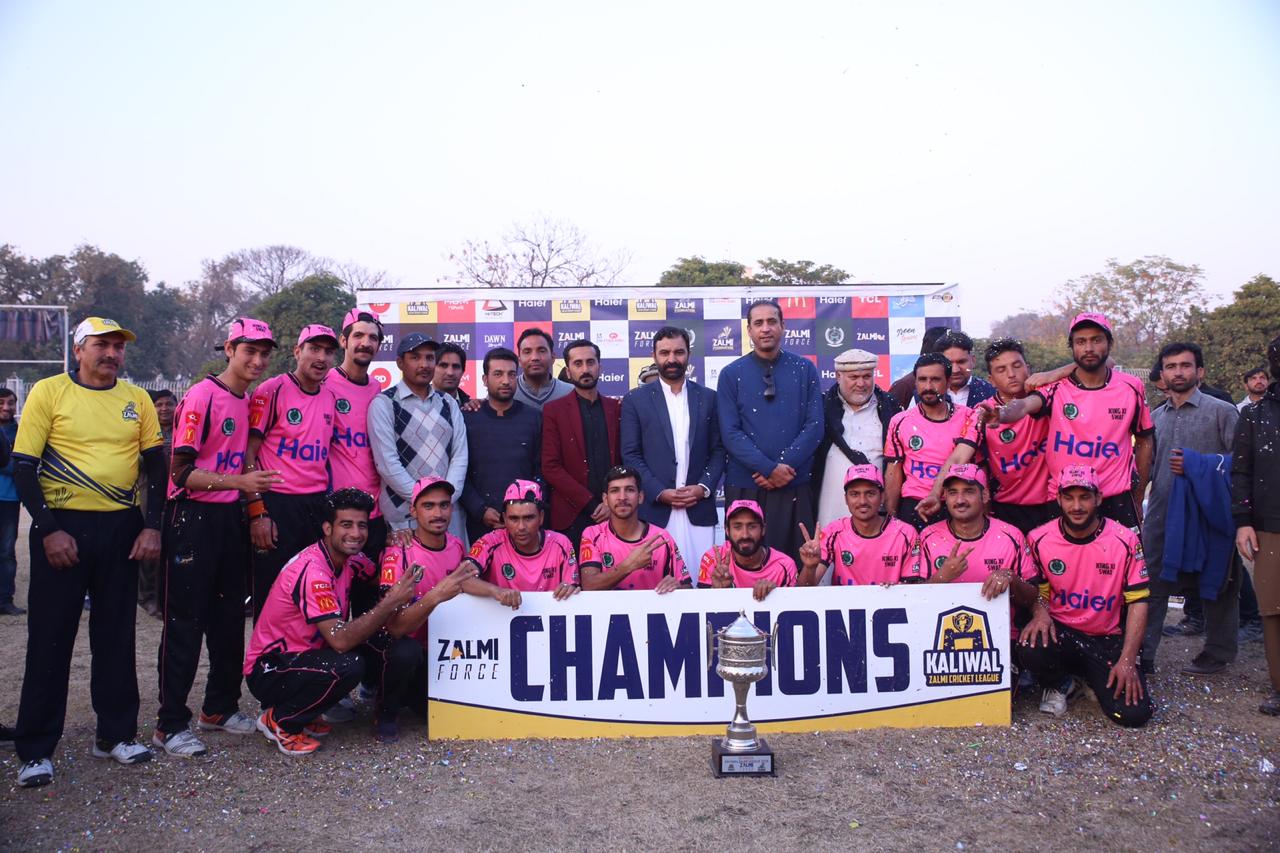 Javed Afridi said that Kaliwal Zalmi League was organized to celebrate the hosting of Pakistan Super League in Pakistan as well as to promote cricket in not only urban but villages (rural) areas also.

This league not only gave platform to younth to showcase their skills but new talent also came to light. Head Coach Muhammad Akram also reached Peshawar during the Main Round of Kaliwal Zalmi League to encourage young cricketers.

Kaliwal Zalmi League was organized in Khyber Pakhtunkhwa to celebrate the hosting of Pakistan Super League in Pakistan. Overal 272 teams & more than 3800 players participated. 545 matches were played in 34 districts of Khyber Pakhtunkhwa including final round in Peshawar.

Pakistan U16 bounce back after being dismissed for 148