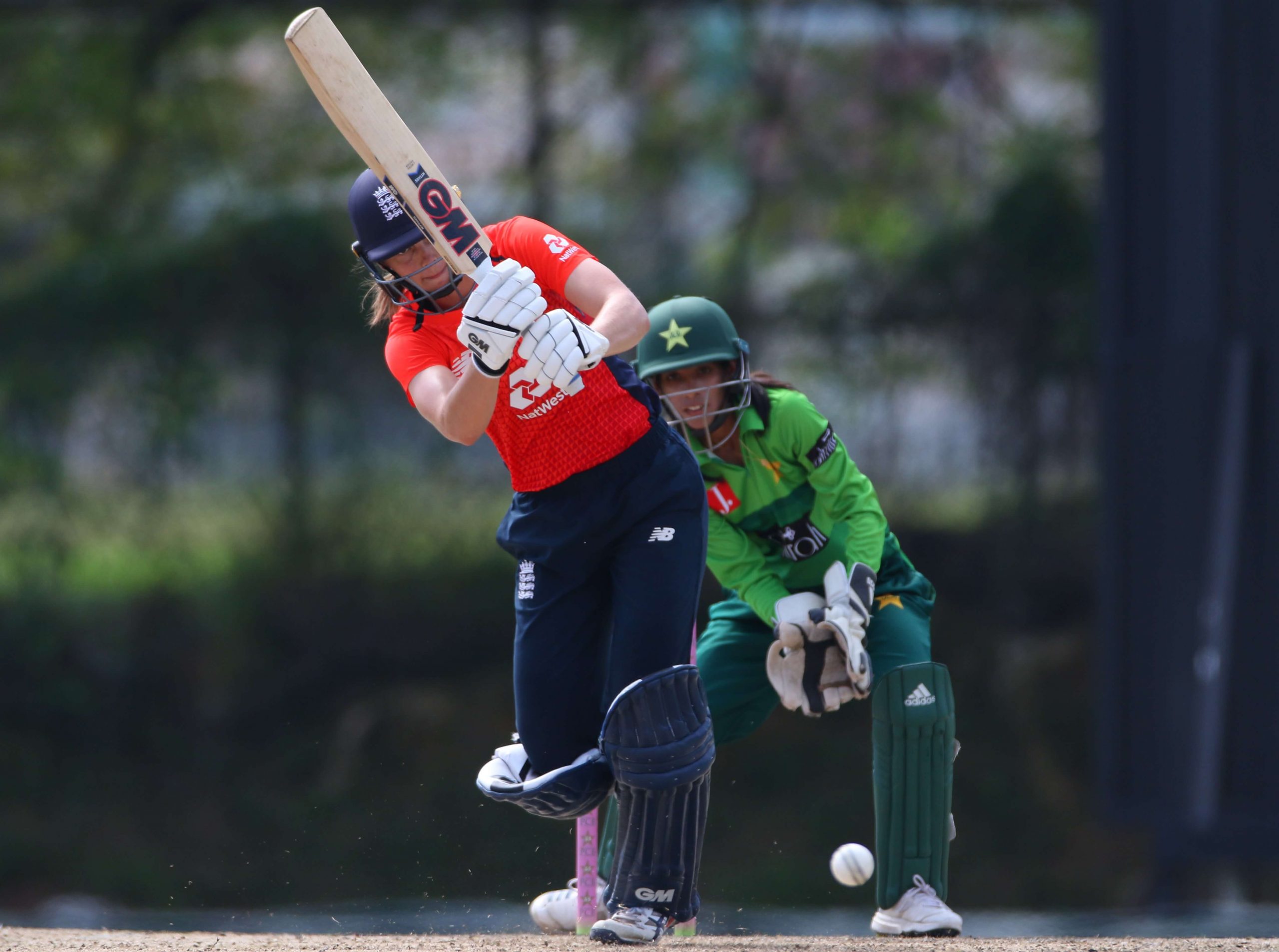 With this victory, England went 2-0 up in the three-match series.

The Heather Knight-led side scored an imposing 185 for five after winning the toss thanks to a profound 120-run opening stand by Jones and Wyatt, who was playing her 100th T20I.

Pakistan’s left-arm spinner Anam Amin provided the hosts a breakthrough on the second ball of the 12th over with the wicket of Wyatt, who hit eight fours and two sixes in her 36-ball stay at the crease.

Danni Wyatt said: “I’m really happy to have made 100 caps. There have been a lot of highs and lows along the way but I’ve enjoyed the journey, and it means a lot to get here.

“It’s great batting with Amy and we were happy to get us off to a good start. We’d have liked one of us to go on and get a hundred but it was a decent total.

“It’s tricky with the ball when the chase begins to be unlikely, but the bowlers stayed really disciplined and kept their standards high.”

Jones, coming into the match at the back of a 53 in the last game, kept the scoreboard ticking at a rapid rate, smashing 11 fours and three sixes, before her dismissal on the penultimate ball of the 17th over. The wicketkeeper-batter stayed on the crease for 52 balls.

For her towering batting effort, Jones bagged her second consecutive player of the match award

Anam and Nida Dar were the notable performers with the ball with two wickets each for 30 and 33 runs respectively.

In their reply, Pakistan lost three wickets in the Powerplay as the scorecard read 31 for three after six overs.

Their problems compounded when Pakistan lost Javeria Khan (10 off 16) and Nida Dar (0 off 2) in three balls that left Pakistan reeling at 39 for five in 8.2 overs.

With the required run-rate surging every over, Pakistan batters struggled to put up a fight. They managed 101 for nine in 20 overs.

With 38 runs from 35 balls, Iram Javed top scored for Pakistan. The right-handed batter hit four sixes and a four.

Iram Javed said: “England batters made the most of the conditions after winning the toss. They were able to add 25-30 runs extra on board. We lost some wickets early on in the run-chase which kept us from scoring at a quicker rate.

“My aim was to prolong my stay at the crease and stitch partnerships to help the team recover from that position. But, our wickets kept falling on regular intervals.”

Sophie Ecclestone was the stand out bowler with two wickets for just five runs in three overs – one of which was a maiden.

The last T20I will be played on Thursday.