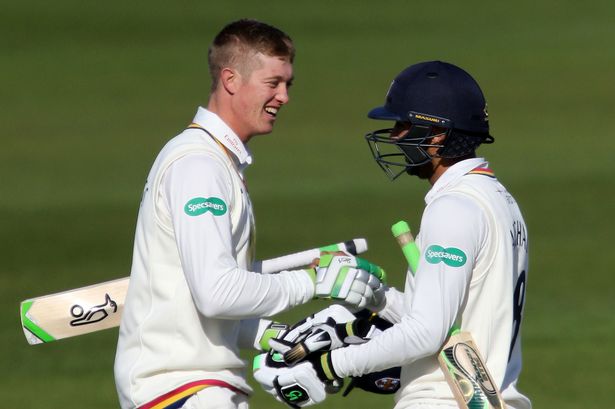 London: England opener Heaton Jennings is not fussed about the possibility of facing his fellow South Africans in a test series next July, he told The Times on Saturday.

The 24-year-old — son of former South Africa wicketkeeper Ray Jennings — added that should he be selected he is prepared for a lot of attention being focused on him.

Barring a drop in form for his county Durham — who have been relegated to the second tier after being bailed-out by the England and Wales Cricket Board (ECB) — he should be selected after making a century on his debut in the recent fourth Test against India and a half century in the fifth and final Test.

His performances were a rare highlight in the series which England lost 4-0 and cast doubt on whether his opening partner Alistair Cook will remain as captain.

“I don’t think it will feel weird playing against South Africa, but I know that the intensity around that will be heightened,” said Jennings, who will probably also face some old team-mates from the Gauteng Province side whom he played for in 2011 and in the same year skippered the South Africa Under-19 side on a tour of England.

“There will be all the chat again about my nationality. And if I do play I will have to make sure I handle that and be calm, settled and focused.”

Jennings, who is playing for his ‘home county’ as his mother hails from Sunderland in the north east of England, said he is prepared to drop down the order should his services not be required to open.

“I’d be happy to bat at No 10 and be a fielder,” said Jennings, who will skipper the England second team squad the Lions on their tour of Sri Lanka next month.

“Just to have the opportunity to play Test cricket, whether I’m playing in my preferred role or something slightly out of the norm.

“If the opportunity is there in July to bat at No 3 and that is what (England coach) Trevor Bayliss or Cook want me to do then I will bite their hand off.”

Jennings, who qualified for England through the old four year residency rule, admitted he had been taken aback by some of the reaction to his agreeing to represent England and not the Proteas.

“I think social media gives people an opportunity to voice opinions that I don’t really want to read,” he said.

“Social media is great but people voice their opinions in the wrong way sometimes. There was a backlash to my background but mostly I have had a lot of support.”

Jennings protests that it is not South Africa which he considers his home but Durham.

“My mum and dad said the other day about me ‘going back to the UK’ and I corrected them. ‘No. I am going home, that’s my home,’ I said.

“The northeast of England is where I have bought property and where my local pub is and I have my usual order in the local pub and I know my way around.

“When I come back to South Africa now, I drive round using GPS because I don’t know my way.”