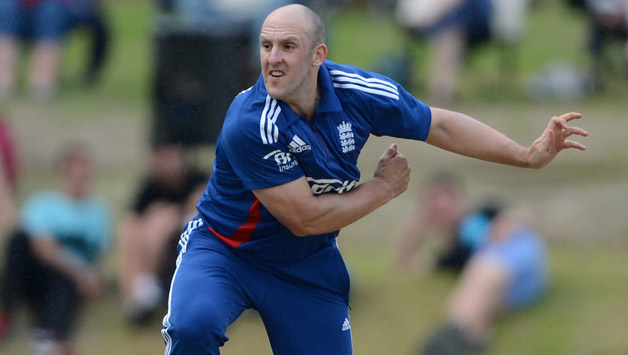 The 36-year-old did not play a first-team match for his native Kent this season as he tried to overcome injury after surgery for a chronic shoulder problem.

Now he has decided to retire after a senior career that, including England appearances, saw him take more than 800 wickets in over 600 matches across all formats.

Tredwell captained Kent during the 2013 season and played two Tests, as well as 45 one-day internationals and 17 Twenty20 internationals for England.

“I feel very grateful to have been able to represent both my county and my country during my career,” Tredwell told Kent’s website. “I have had some great times on and off the cricket field, but now it’s time for both me and the club to move on.”

Tredwell, however, intends to remain involved in cricket.

“I am looking forward to giving something back to the game I love, whether it be as an umpire or coach,” he said.

“I will see where each role takes me and I am excited by the challenge ahead.”

Tredwell may well have played more international matches had not the best years of his career coincided with Graeme Swann’s emergence as England’s leading off-spinner.

His two Test appearances came five years apart, with Tredwell taking six wickets, including four for 82 in the second innings and making a useful 37 at No 10 in England’s nine-wicket win over Bangladesh at Dhaka in 2010.

Tredwell was recalled for a Test against the West Indies at Antigua in 2015 where, as England’s lone spinner, he took five wickets but could not remove the tail as the hosts held out for a draw.

Paying tribute to Tredwell, Kent director of cricket Paul Downton said: “James has made an outstanding contribution to Kent in all formats throughout an incredibly successful career and I would like to congratulate him on all that he has achieved.

“The dressing room will be a very different place without Treddy and I would like to wish him all the very best for the future,” the former England wicket-keeper added.

20 players, 11 support staff to travel to Manchester on Sunday