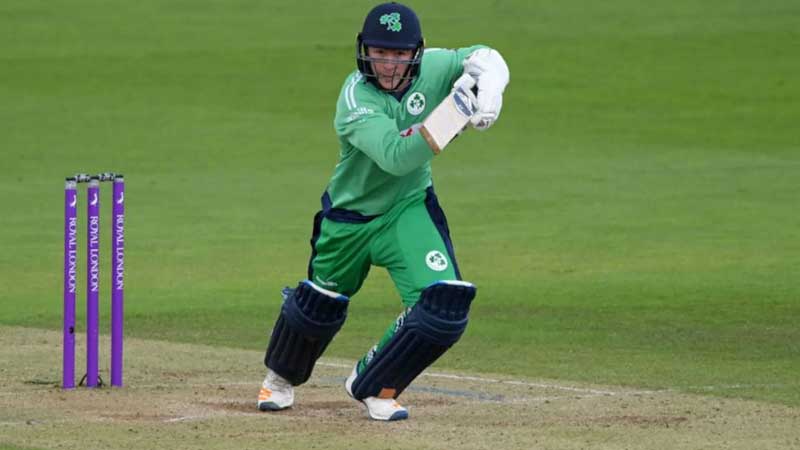 Ireland completed a famous win over world champions England in today’s third one-day international at Southampton today, winning by seven wickets with one ball to spare.

Paul Stirling and captain Andrew Balbirnie both scored hundreds – Stirling made 142 and Balbirnie 113 – with the pair putting on 264 for the second wicket as Ireland chased a target of 329.

When both were out in quick succession, however, it looked like Ireland might falter but Kevin O’Brien – whose brilliant hundred set up Ireland’s stunning win over England at the 2011 World Cup in Bangalore, helped see them to victory with just one ball to spare.

Ireland’s win was all the more impressive as they had lost the first two matches in a three-game series after making lowly totals of 172 and 212-9.

But with England on course for an impregnable total, they three wickets for 13 runs as they slumped from 190-3 to 203-6.

England had built an unassailable 2-0 lead in this three-match series, but this is a famous win for Ireland against the world champions and in meeting a target of 329, they replicated the score from that 2011 win.

Ireland’s victory, which rounded off the first ODI series since the coronavirus lockdown, also gave them 10 points in the new World Cup Super League, which will determine qualification for the 2023 50-over showpiece in India.

Khyber Pakhtunkhwa will clash Federal Area’s in the final