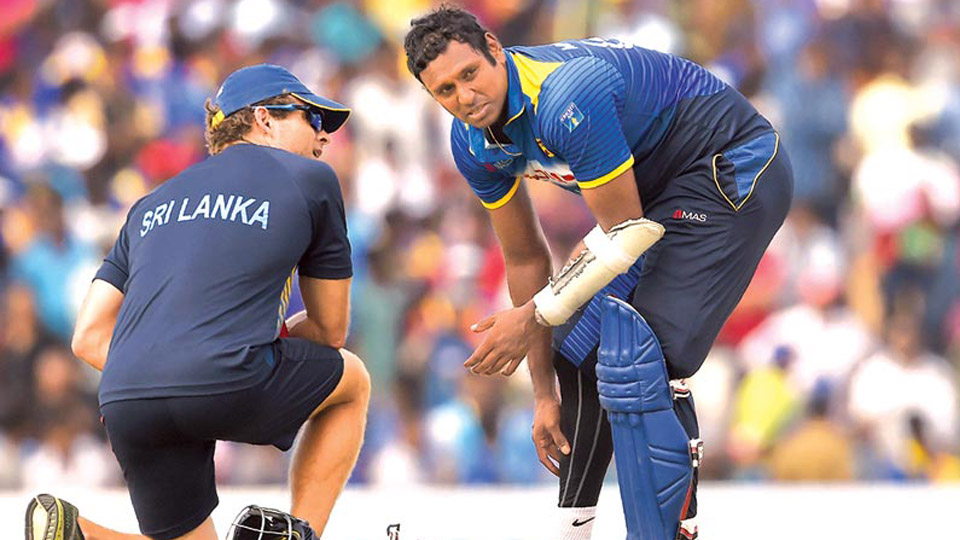 Colombo: Sri Lankan skipper Angelo Mathews is to fly home from South Africa after twisting his ankle during the second Twenty20 international and will be replaced as captain by Dinesh Chandimal, selectors said Monday.

The Sri Lankan board said in a statement that Mathews had been “granted permission to return home” after injuring himself during his team’s victory on Sunday in Johannesburg, a match in which he played a starring role.

“The next T-20 match will be captained by Dinesh Chandimal,” the board added in its statement.

Mathews hit two sixes in the last over to hand Sri Lanka a series-levelling three-wicket win in Sunday’s match after suffering a 3-0 Test series whitewash to South Africa.

Mathews, who scored an unbeaten 54 at the Wanderers stadium, told the post-match press conference that he expected to be out for a couple of weeks and could well miss the rest of the tour.

The third and final T20 international will be played in Cape Town on Wednesday, followed by five one-day internationals, finishing on February 10.

In its statement, the Sri Lankan board said that fast bowler Nuwan Pradeep and opener Dhanuskha Gunathilaka were also expected to return home as they needed rest to recover from their injuries.

Flintoff to tread the boards in musical