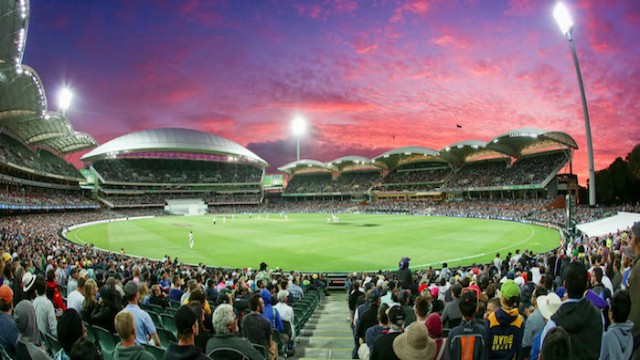 April 30, 2018 | By ScoreLine Desk
Sydney: Australian cricket chiefs are still trying to convince reluctant India to play a day-night Test in Adelaide this year after releasing their international playing schedule on Monday.

Cricket Australia have scheduled the opening Test of the four-Test India series in Adelaide from December 6-10, with hopes it will be a pink ball match following concept successes against New Zealand, South Africa and England in recent years.

Australia believes day-night Test cricket is the future of the sport and perhaps the only way to save the format despite boom television ratings and record crowds.

But the powerful Board of Control for Cricket in India (BCCI) have so far resisted CA’s overtures.

CA will play a pink-ball Test against Sri Lanka in Brisbane from January 24-28 next year, but chief executive James Sutherland said he was still negotiating with India.

“It is our preference that we play India in a day-night Test match in Adelaide, but we are still working through this detail and hope to have an answer on this in the coming weeks,” he said.

Sutherland has been pushing hard at International Cricket Council level for the new Test Championship schedule to include day-night Tests, but the powerful BCCI has a big say in outcomes.

CA confirmed Australia will face South Africa in a Twenty20 international on Queensland’s Gold Coast, while the new Perth Stadium and Canberra’s Manuka Oval will both host Test cricket for the first time. But Hobart misses out.

The international season starts on November 4 with the first of three ODIs against South Africa before the one-off T20 against the Proteas on the Gold Coast, which will be followed by three T20s against India preceding the start of the Test summer.

Adelaide opens the Test series against India for the Border-Gavaskar Trophy and Perth Stadium will host the second Test, before the series moves back to Melbourne and Sydney for the traditional Boxing Day and New Year’s showpiece games.

Following the Tests, there will be three ODIs against India in a seven-day window before a two-Test series against Sri Lanka in Brisbane under lights at the Gabba and a second match in Canberra.

Ball in doubt for final Ashes warmup game with injury

India down Bangladesh to retain Asia Cup in last-ball thriller