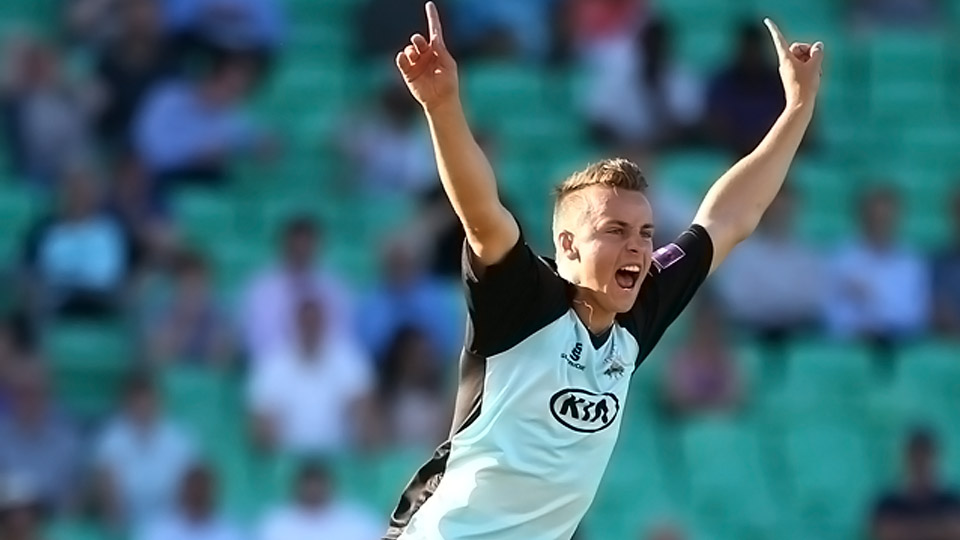 London: Surrey fast bowler Tom Curran has been added to England’s one-day squad for their one-day international series in the West Indies, it was announced Tuesday.

The uncapped 21-year-old will head to the Caribbean as as back-up for Jake Ball, who injured his right knee in England’s warm-up victory over the WICB President’s XI in St Kitts on Monday.

His selection means Curran will have to make a long trip from Sri Lanka, where he had been playing for the second-string England Lions, to Antigua — where England begin a three-match ODI series against the West Indies on Friday.

Curran has taken 10 wickets in the Lions’ two four-day matches against Sri Lanka A at an average of under than 19, with England selector Angus Fraser — himself a former Test fast-medium bowler — looking on from the boundary.

“It’s all pretty surreal right now,” said Curran in an England and Wales Cricket Board (ECB) statement before leaving the Lions hotel near Dambulla on Tuesday.

Curran, whose brother Sam also plays for Surrey, is a son of the late former Zimbabwe all-rounder Kevin Curran, who represented both Gloucestershire and Northamptonshire in English county cricket.

He was invited to play Second XI cricket for Surrey in 2012 and qualified to represent England last year.