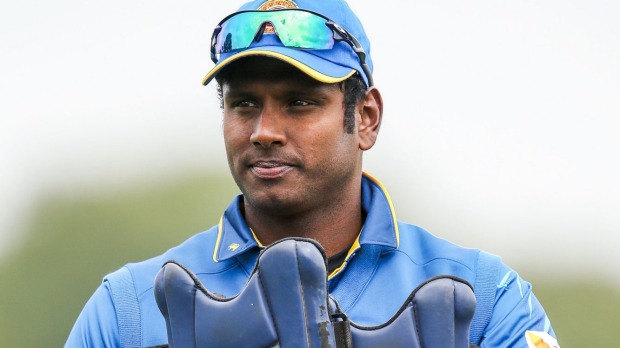 Le Cap: Sri Lankan captain Angelo Mathews said poor batting was the main reason for his team’s 282-run defeat on the fourth day of the second Test against South Africa at Newlands on Thursday.

“The batsmen let the team down,” said Mathews after the South African fast bowlers, led by man of the match Kagiso Rabada, finished off the tourists 15 minutes before lunch.

Fast bowler Rabada finished with six for 55 as Sri Lanka crumbled to 224 all out, giving South Africa a winning 2-0 lead in the three-match series. It took South Africa less than two hours to claim the remaining six wickets after the tourists resumed on 130 for four.

“The batsmen let the team down,” said Mathews. “The bowlers did a good job but the batsmen did not put enough runs on the board.”

Mathews said the third and final Test in Johannesburg, starting on January 12, provided a chance for the batsmen to show their mettle.

“We need long hours of concentration to give the bowlers something to bowl at,” he said.

South African captain Faf du Plessis said his team had played “almost the perfect Test” after losing the toss and being sent in on a green pitch on which he also would have opted to bowl.

“We wanted to be a bit better than we were in Port Elizabeth (in the first Test). Our whole batting unit put on a decent total and there was great bowling in the first innings as well. From there on we were in a dominant position.”

Du Plessis said he wanted the team to maintain their intensity and win in Johannesburg to complete a clean sweep.

“We haven’t let Sri Lanka into the game once and it’s important to finish the series well.”

Du Plessis admitted the home team had been shocked by the announcement that fast bowler Kyle Abbott had quit the national team in order to play county cricket for Hampshire in England.

“It wasn’t what we wanted, something we didn’t expect. We had a get-together, tried to change his mind, but after that it was a case of me making sure the team had all its focus on winning this Test match.”

Overnight batsmen Mathews and Dinesh Chandimal played out the first five overs of the day without undue alarm before Rabada struck with the first ball of the sixth over when Chandimal (30) flicked him straight to Stephen Cook at square leg, the only fielder in a largely unmanned area of the field.

New batsman Upul Tharanga showed aggressive intent and hit Rabada for three fours, one off an edge, before flashing at a wide delivery from the first ball of the fast bowler’s next over to be caught behind by Quinton de Kock.

Mathews fell to the last ball of the over, edging a lifting delivery to De Kock after making top score of 49 off 82 balls.

Rabada struck once more when he had Suranga Lakmal caught behind. It was the fifth time in his 13-Test career that he had taken five or more wickets in an innings. He had match figures of 10 for 92, his second ten-wicket haul.

There was a flurry of strokes from Rangana Herath and Lahiru Kumara, who put on 33 for the ninth wicket before Keshav Maharaj and Vernon Philander wrapped up South Africa’s win.

Opportunity for South Africa to move up to second position