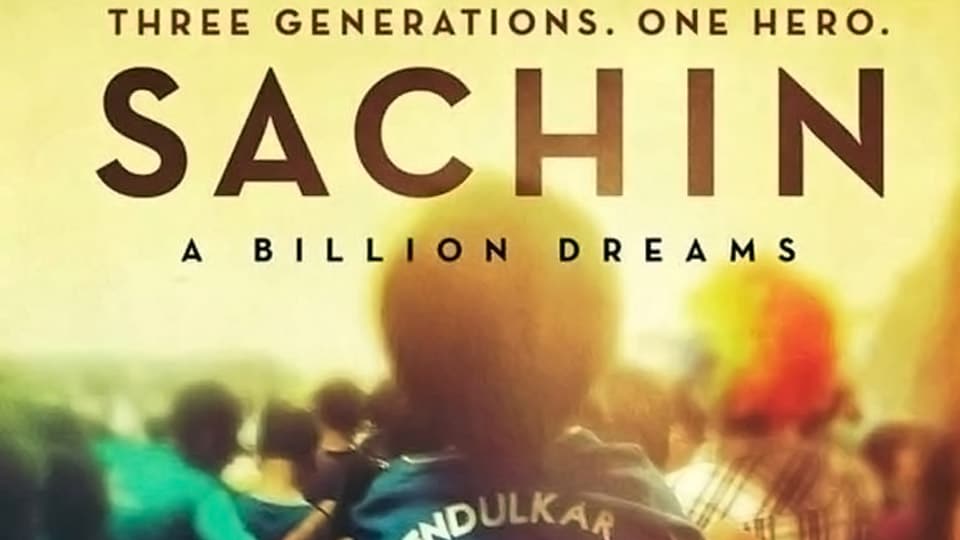 “Sachin: A Billion Dreams”, directed by Emmy-nominated British filmmaker James Erskine, brought out throngs of fans from the first day.

It has real footage of the right-handed batsman who made his debut for India in 1989 aged just 16, but its claims to reveal the more intimate side of the icon did not impress reviewers.

“Sachin: A Billion Dreams is a well-made effort, looks good, but when you reach out for something insightful, your hand closes on air,” Indian Express sports journalist Sriram Veera wrote.

“It’s the dumbing down that makes you sigh. It’s a movie (docu-feature) that you would take your kids to … The real disappointment lies in the absence of any insights,” Veera added.

Tendulkar, recipient of India’s highest civilian honour, the Bharat Ratna, is the only cricketer to have scored 100 international centuries and the highest run scorer in international cricket with more than 34,000 runs.

But The Times of India gave the movie three stars out of five and slammed what it called the “hagiographic narrative”.

“Most controversies around the cricketing God are glossed over. Many of us (me included) die-hard Sachin fans are ready to face the fact that our icon may have displayed feet of clay on occasion,” the review said.

“However, the film doesn’t take chances … The hagiographic narrative continues with commentators, critics and colleagues — Dhoni, Kohli, Ganguly, Sehwag and Harbhajan are (sigh!) only eulogizing the Little Master.”

Tendulkar’s autobiography released in 2014 got a similar response from critics who wanted a more open account.

Tendulkar, 44, who retired in November 2013, admits he is a private person who has struggled to expose himself to the media. He has been criticised for not speaking enough on major cricketing issues.

However a review by British daily The Guardian praised Erskine’s effort to bring together the life of person who was “the closest thing Indian cricket has to a living deity”.

Cricketers also gave their thumbs up to the epic which was screened for the Indian team before they left for England to defend the Champions Trophy.

“Thank you @sachin_rt Paaji for arranging the perfect send-off,” skipper Virat Kohli wrote on his twitter account after watching the film in Mumbai.

The film is really aimed at Sachin fans who would not be influenced by critics when they saw a 9.30am screening in south Mumbai.

“It was an awesome movie. It told us about his whole life and what he has done. We learned about his social work,” said 16-year-old Rayan Kothari.

“My favourite part was when the World Cup that was held in India in 2011. That was a proud moment for India and him also. I want to watch it again.”

Arpit Jain, 19, said “it was really great movie, very inspiring, motivating and emotional as well. My favourite bit was when Dhoni hit that last six (at the 2011 World Cup final) and Sachin’s dream came true.

“Practice makes perfect is the main motto of the film. He struggled really hard for it (his success). Training and practising for a thousand hours was really unforgettable.

“I’m really proud of him, he’s the god of cricket.”

Langer hopes Australia will be better for ‘brutal’ England loss