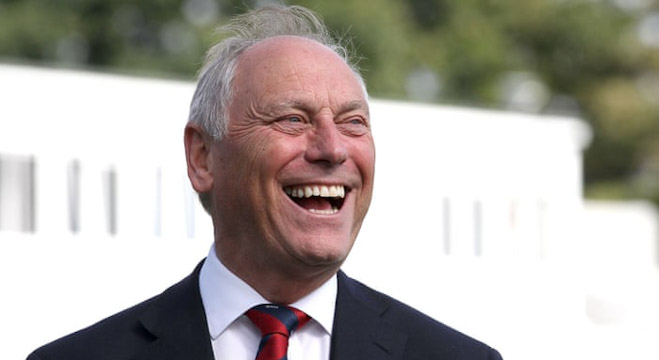 Graves to stay as ECB chairman for extra six months

London: Colin Graves will remain as England and Wales Cricket Board chairman for an extra six months after his plan to oversee the introduction of the controversial ‘The Hundred’ competition was approved.

Graves was due to leave next May but he will now stay in place until November 2020 after the debut season of the new tournament.

“I believe they have made a decision that is in the best interests of the game,” Graves said.

“This will provide continuity during an important period, as we look to establish our new five-year plan, Inspiring Generations, a central component of which is the launch of The Hundred, next summer.”

The Hundred will see the introduction of a fourth format to the cricket landscape, with 100-balls per innings, and overs due to contain five or 10 deliveries rather than the standard six.

However, there has been considerable criticism of the lucrative new project’s potential impact on the existing domestic schedule.

Eight, as yet unnamed, city-based teams will take part in the competition with a player draft to fill the squads.

Australia cruises to fourth straight win with victory over Pakistan

Hapless Zimbabwe may cut back on Tests, says Heath Streak