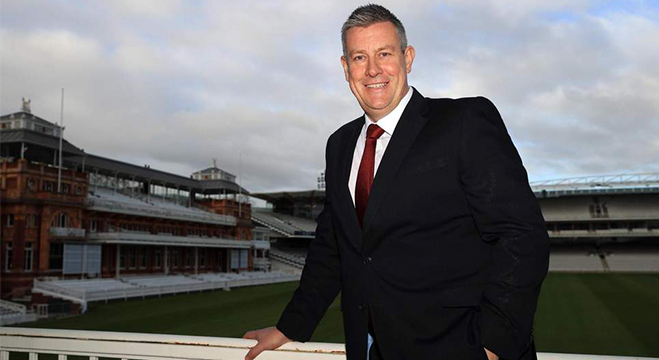 London: Ashley Giles believes a humiliating England defeat by the Netherlands helped fuel his return to an even more senior post in the national set-up

Giles has been appointed as the England and Wales Cricket Board’s new director of cricket in succession to Andrew Strauss.

But it was a very different story when his stint as England one-day coach came to an end after an embarrassing loss to cricket minnows the Netherlands at the 2014 World Twenty20 in Bangladesh.

For England, it was the end of an experiment that saw Giles coaching the limited overs teams while Andy Flower took charge of the Test side.

Giles harboured hopes, however, of a return to the top of England’s cricket hierarchy even as he was being sacked.

“I said at the time, that was a goal of mine, not through bitterness,” said the 45-year-old Giles.

“If you look at my career progress over the last four or five years, I have sort of prepared for this role. If you are a cricket director or performance director this is the pinnacle in my area,”  added Giles, a former Warwickshire and Lancashire cricket director.

“That period with Andy and the unravelling of the Ashes and the debacle against the Netherlands in Bangladesh, I guess that was almost a catalyst for me going back to university, studying, taking a master’s degree and changing paths slightly.

“It was a good life lesson if anything, but it got me where I am today,” insisted the former England left-arm spinner, a veteran of 54 Tests that included a 2005 Ashes series triumph.

Giles faces an action-packed 2019 with England hosting both a World Cup and an Ashes series.

But one of his key tasks will be appointing a replacement for Trevor Bayliss when the Australian steps down as England coach at the end of the season.

For much of the past 20 years, the head coach of the England senior side has come from abroad.

Zimbabwe greats Duncan Fletcher and Andy Flower preceded Bayliss, with Peter Moores — who had two ill-fated spells in charge — the lone Englishman to occupy the post permanently since Fletcher’s appointment.

Giles would like to bring in an Englishman, but not at any cost.

“Part of my role is coach development so absolutely we should be developing future England coaches and giving them opportunities,” he said.

“Does it have to be an English coach? No, I’m not silly enough to think it has to be. We need the best man to do the job.”

Meanwhile Giles faces a tricky balance between wanting to make a positive contribution and not disrupting a set-up where England, bidding for a maiden men’s World Cup title, currently top the one-day rankings and are second in the equivalent Test standings.

As a consequence, the team’s controversial pre-match football warm-up might survive, for the time being at least, despite Giles’ concerns.

England batsman Jonny Bairstow injured his ankle in a kickabout during the recent Sri Lanka tour and Giles said: “Everyone knows my thoughts on football and I will discuss that with the captains and coaches.

“I don’t want to be blamed for losing the World Cup because we are not playing football.”

ICC chief “not too suspicious” on Sharjah match