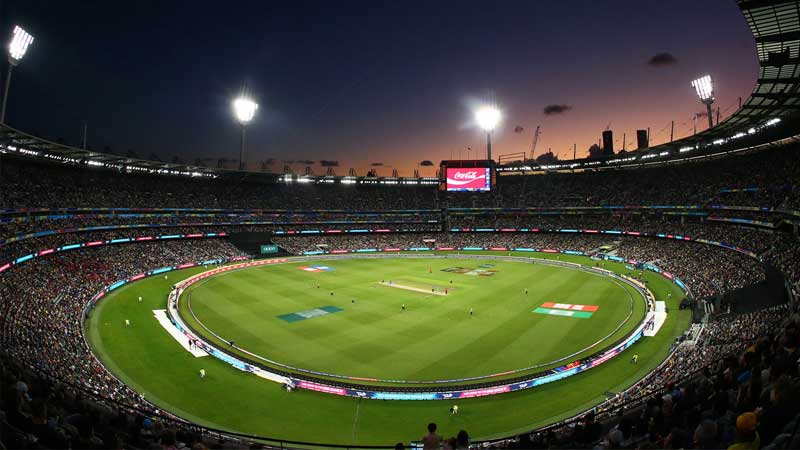 Cricket Australia is planning for the men’s T20 World Cup tournament to be held as scheduled in October and November this year despite the COVID-19 pandemic curtailing the current summer season and radically altering the global sporting landscape.

That event is scheduled to begin with a pre-qualifying tournament held in Geelong and Hobart from October 18-23, while the main 12-team competition is set to kick off with a match between Australia and Pakistan at the Sydney Cricket Ground and then India v South Africa at Perth Stadium on October 24.

Given the two last-named venues also host Australian Football League (AFL) matches during winter months, the AFL’s announcement yesterday they may consider extending their season into October due to the impact of coronavirus has raised questions about potential schedule conflicts.

However, Roberts said today that while the constantly changing responses to the global pandemic presents challenges for long-term decisions, CA is currently planning for the T20 World Cup to proceed as programmed with the final at the Melbourne Cricket Ground on November 15.

“We’re really hoping that all forms of sport can be played again in a few weeks or a few months’ time,” Roberts told reporters today.

“None of us are experts in this situation obviously, so our hope is that we’re back in very much normal circumstances come October and November when the men’s T20 World Cup is to be played.

“And at this stage we’re planning on November 15, to have a full house at the MCG to inspire the world through men’s cricket as the women’s cricketers did here just last week.”

Asked if he held concerns about the AFL foreshadowing the possible extension of their premiership season beyond the traditional finish date in late September, Roberts noted that all major professional sporting codes in Australia were part of an industry association that convenes regularly.

“We would intend to work collaboratively and support the AFL and other winter sports codes through this period,” he said.

“We do have it a little bit easier at this stage, given the timing of our season so it’s only fair that we do work really collaboratively and supportively with them.

“At the same time, there’s a World Cup planned for October-November, we’ve got agreements in place with the Victorian State Government, the Melbourne Cricket Club for the venue and our assumption is they go ahead as planned.

“We haven’t spoken to the AFL about that, and they haven’t approached us.

“I think all sports appropriately are addressing what’s in front of us.

“We’ve been on conference calls with the AFL and other sports determining how to navigate this situation.

“We’ve had Federal Government advice fed into those calls, the Deputy-Chief Medical Officer has been involved so it’s really been discussions that acknowledge there’s a bigger picture at play here, of the health of the community and that’s been the focus.”

With the Sheffield Shield final cancelled and an expectation states and territories will adopt CA’s recommendation that all amateur cricket should also cease forthwith, the next scheduled men’s international commitment is the two-Test series against Bangladesh fixtured for June.

That tour is followed by an ODI series in the United Kingdom, but Roberts indicated no decisions had been reached on whether either series would go ahead and it was unlikely any call would be made on their viability until the weeks immediately prior to their scheduled start.

“All I’d say on those is we hope they go ahead, because if they go ahead it means the Australian community and the worldwide community are in better shape than we are just now in relation to coronavirus,” he said.

Before then, however, a number of Australia men’s players are contracted to take part in the Indian Premier League T20 competition, the start of which is currently suspended until April 15 due to the coronavirus outbreak.

Roberts confirmed that CA had not received any recent updates from the Board of Control for Cricket in India (BCCI) regarding the IPL’s outlook, but will continue to share the latest health advice from the Australian Government to help players with decision making should the tournament proceed.

He also noted that CA planned to announce their international playing schedule for the 2020-21 season – which includes a Test series against India and an inaugural Test match against Afghanistan – before the end of next month as previously planned.

But Roberts added that discussions about next summer’s schedule and other medium-term planning requirements – while an important element of CA’s ‘business as usual’ agenda – will receive a lower priority than the day-to-day dealing with COVID19 and its repercussions.

“We’re focused on the crisis that’s facing the country and the world right now,” he said.

“That’s far bigger than any scheduling discussions in cricket, and as much as we need to keep working on those decisions, we’re also not going to bring them forward.

“We’re in uncertain times and it’s difficult to project what will transpire over the next couple of months.

“But we will be working though the advice from experts externally as to what are the various scenarios that are plausible, how likely are they, and how do we plan to deal with each of them.

“We’re moving now from management of the onset of coronavirus as a critical incident, to how do we guarantee the continuity of our business and our organisation beyond that.

“So we’re moving from the reactive to the more proactive, and forming a team of business continuity experts that work through all of that over the coming months.

“We all love cricket, we all love sport but there is a bigger issue here and cricket’s intent on playing our part as leaders in sport to help the nation address this curve of coronavirus.

“And hopefully, before too long, we see a positive impact on that based on the actions we’re taking and that other leaders in the community in sport, in business, and in government are taking.”

United-Zalmi match washed out in Rawalpindi

The most exciting clash thus far

Broad backs new skipper Root to go to ‘next level’

Root quickest to 6,000 Test runs in terms of time