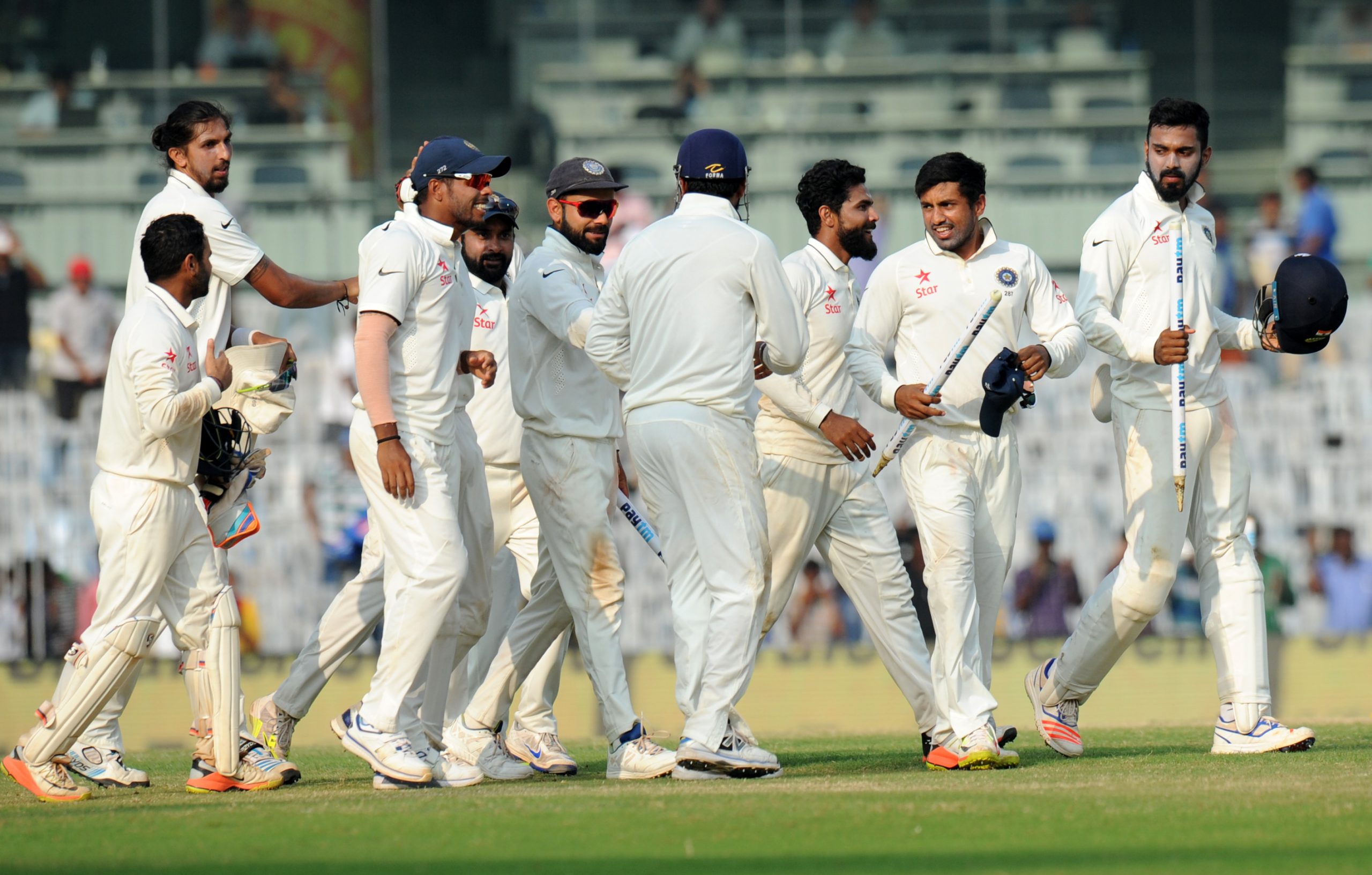 There’s no stopping Virat Kohli the batsman… or Virat Kohli the skipper. The 28-year-old achieved new highs in 2016 with five successive series wins as captain and three double centuries, making him the undisputed superstar of world cricket. Dubbed ‘King Kohli’, he hit a majestic 235 in the fourth Test in Mumbai to pass 1,000 runs in Test cricket for the year and take his career total past 4,000. It followed 167 in the second Test in Visakhapatnam and he finished as the series top-scorer with 655 runs. “He is having one of those years you dream of as a player and as a captain… clearly one of the great batsmen of our generation,” said England captain Alastair Cook.

Alastair Cook fuelled doubts about his future as England captain before the first Test when he said he was finding it hard to be away from his family. Nevertheless he scored a trademark 130 in the draw in Rajkot, but things quickly deteriorated and his tactics were criticised following defeats in the next two Tests. When England relinquished the series with an innings and 36-run defeat in Mumbai, the clamour grew for him to step aside and let vice-captain Joe Root take charge. Cook did little to dampen the speculation by stating Root was “ready” for the job. He heads back to England still in charge after four years in the job, though that could change when he meets his predecessor and now England director of cricket Andrew Strauss in January. After England’s abject batting collapse to lose the final Test in Chennai on Tuesday, Cook may decide to fall on his sword before then.

– Runs no problem for India –

While Kohli’s form has been outstanding, he also has the luxury of knowing that on the rare occasion he does fail, others will stand up. Kohli made just 15 in Chennai and as he departed he passed Karun Nair, playing in just his third Test, who was on his way to join Lokesh Rahul in the middle. Nair smashed an astonishing unbeaten 303 while Rahul fell just one short of a double century as India piled up their highest Test score of 759-7 — the most Test runs conceded in an innings by England. The contribution of India’s lower order throughout the series was also remarkable. Ravichandran Ashwin averaged 43.71 batting at seven, while Ravindra Jadeja made 90 in Mohali and Jayant Yadav bludgeoned 104 in Mumbai as part of a Indian-record 241 eighth-wicket partnership with Kohli.

– England can cling to young hope –

Amidst the carnage England did discover promising new batting talent for the top of the order in the shape of 19-year-old Haseeb Hameed and South African-born Keaton Jennings. Both impressed, with Hameed making 31 and 82 on debut and 24-year-old Jennings 112 in his maiden Test knock after replacing the injured teenager. If Hameed, who has been compared to English batting great Geoffrey Boycott, becomes Cook’s regular opening partner for England’s next home series against South Africa and the West Indies, then Jennings could slot in at number three. Root, whether captain or not, would then play in his preferred number four slot giving England a better balance to their batting order as Moeen Ali could drop back down to seven or eight.

The Decision Review System (DRS) umpiring technology made its India debut after the home side had resisted its use for years. However, it was far from perfect with the technology used in India lacking a crucial component seen elsewhere. While India had an audio tool to detect the sound of the ball grazing bat or glove, and ball-tracking technology, the use of thermal imaging was conspicuous by its absence. The ‘Hot Spot’ technology is widely used by other Test-playing nations, but was unavailable in India due to logistical issues. So while Kohli gave the technology a big thumbs-up, observers said that DRS still needs to be applied uniformly across the game’s arenas.