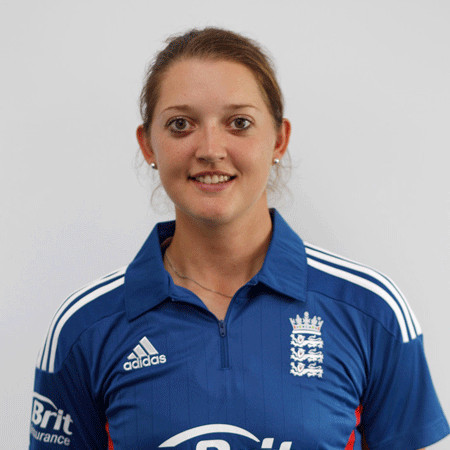 London: England women’s wicket-keeper Sarah Taylor said Wednesday that anxiety was the reason behind her already announced decision to take an indefinite break from all cricket.

The 27-year-old, widely regarded as one of the best keepers in the women’s game and, on her day, a dynamic batsman, struggled during the World Twenty20 in India in March, where she made 49 runs at 9.80 in five matches.

Taylor, who had previously ruled herself out of this year’s home series against Pakistan, said she was “99 percent certain” she would return to cricket but could no say when that would happen.

“For the past four years, I have been suffering from anxiety,” Taylor told the BBC in an interview on Wednesday.

“My health is my first priority, and it was starting to affect my performance in cricket.

“Taking time out is trying to fix me as a person and to prolong my career.”

Taylor added: “It happened mainly when I was waiting to bat – the nerves and expectation of scoring runs would hit me.

“It would be nerves, plus something else – and now I know it is genuine panic.

“The heart races, you feel faint … there have been times when I would run off into the changing rooms and be sick … sometimes through sheer panic.”

Taylor, who revealed she was receiving cognitive behavioural therapy for her condition, also said: “I would like to say I am 99 percent sure I will play again.

“I absolutely want to play cricket, put an England shirt on, train with the girls. I miss them terribly.”