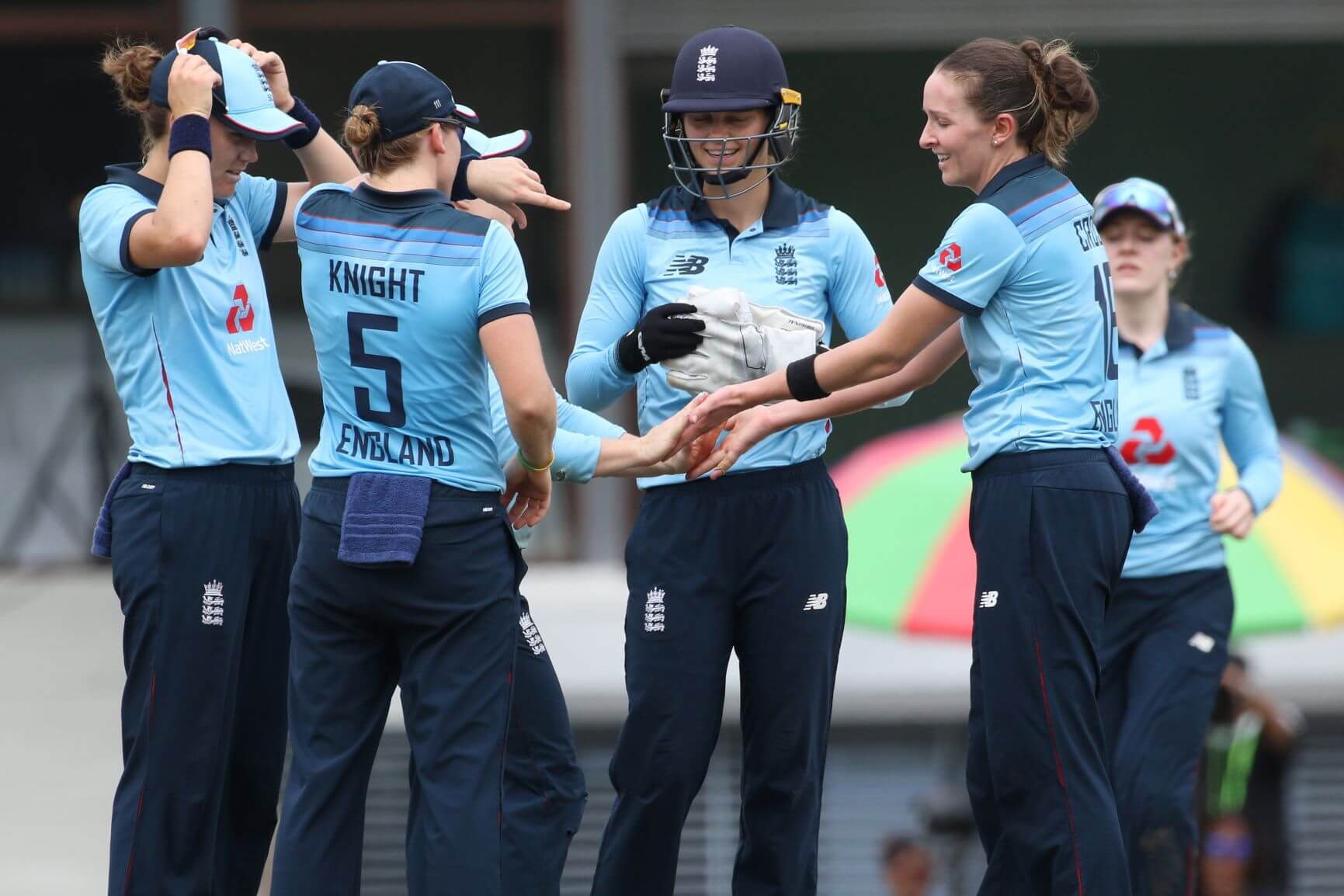 Kuala Lumpur: Centuries by Tammy Beaumont and Danni Wyatt, along with Kate Cross’ four-fer, set-up a 75-run win for England Women against Pakistan Women in the first of the three ICC Women’s Championship ODIs at Kuala Lumpur’s Kinrara Oval.

Openers Beaumont (107 off 141) and Wyatt (110 off 95) stitched a staggering 188-run partnership after England captain Heather Knight opted to bat.

Wyatt, later named player of the match, smashed 12 fours and three sixes to record her maiden ODI century before she was caught and bowled by Pakistan captain Bismah Maroof on the last ball of the 34th over.

Reflecting on her innings, Danni Wyatt said: “I’m delighted to have gotten a century and for us to get the win.

“It was a tough challenge early on. The pitch was slow and skiddy so it was really important to play straight.

“Heather’s given me licence to play my game at the top of the order and that’s what I did.

“We left a few runs out there and there are definitely a few things to work on for the next game, but Pakistan batted well and it was nice to start the new era with a good win.”

After Wyatt’s wicket, Beaumont stitched a 60-run stand for the second-wicket with her captain Knight, who made 41 runs from 44 balls, allowing England to put an imposing 284 for six.

Beaumont, during her stay at the crease, hit nine fours before Rameen Shamim, making her ODI debut, accounted for the right-handed batter’s wicket with her off-spin.

Rameen took two more wickets in the last over of the England innings to finish with three for 61 in 10 overs, while left-arm spinner Nashra Sandhu and right-arm leg-spinner Bismah picked up a wicket each.

Pakistan wobbled early on as openers Nahida Khan (four off eight) and Sidra Amin (one off five) were back in the pavilion in the first 15 balls of the run chase with the scorecard reading five for two.

Pakistan were soon dealt with another blow as Cross bowled Javeria Khan (19 off 32) on the last ball of the 11th over with only 39 runs on the board.

Aliya Riaz made the most of the stability that the Bismah-Omaima partnership provided as she struck seven fours in her 39 off 35. The all-rounder paired with her captain to craft a 48-run partnership, which kept Pakistan alive in the run chase.

Bismah, who scored her ODI career’s 13th half-century, cracked six fours in her innings, providing a glimpse of hope to the Pakistan fans.

But, the hopes crashed when Cross, who returned four for 32 in seven overs, bowled Bismah with her right-arm medium-fast.

Speaking about her innings, Aliya Riaz said: “My role in the partnership with Bismah was to play my shots and keep the runs coming.

“We had lost a few early wickets which kept us from scoring more runs. But, I am hopeful that as a unit we will overcome problems we faced this match and perform better in the next game.”

England’s Katherine Brunt and Sarah Glenn took two wickets each for 31 and 38 runs, while Anya Shurbsole and Natalie Sciver picked up a wicket each.

The second ODI will be played on Thursday.

Pakistan, India to kick off T20 World Cup in Australia