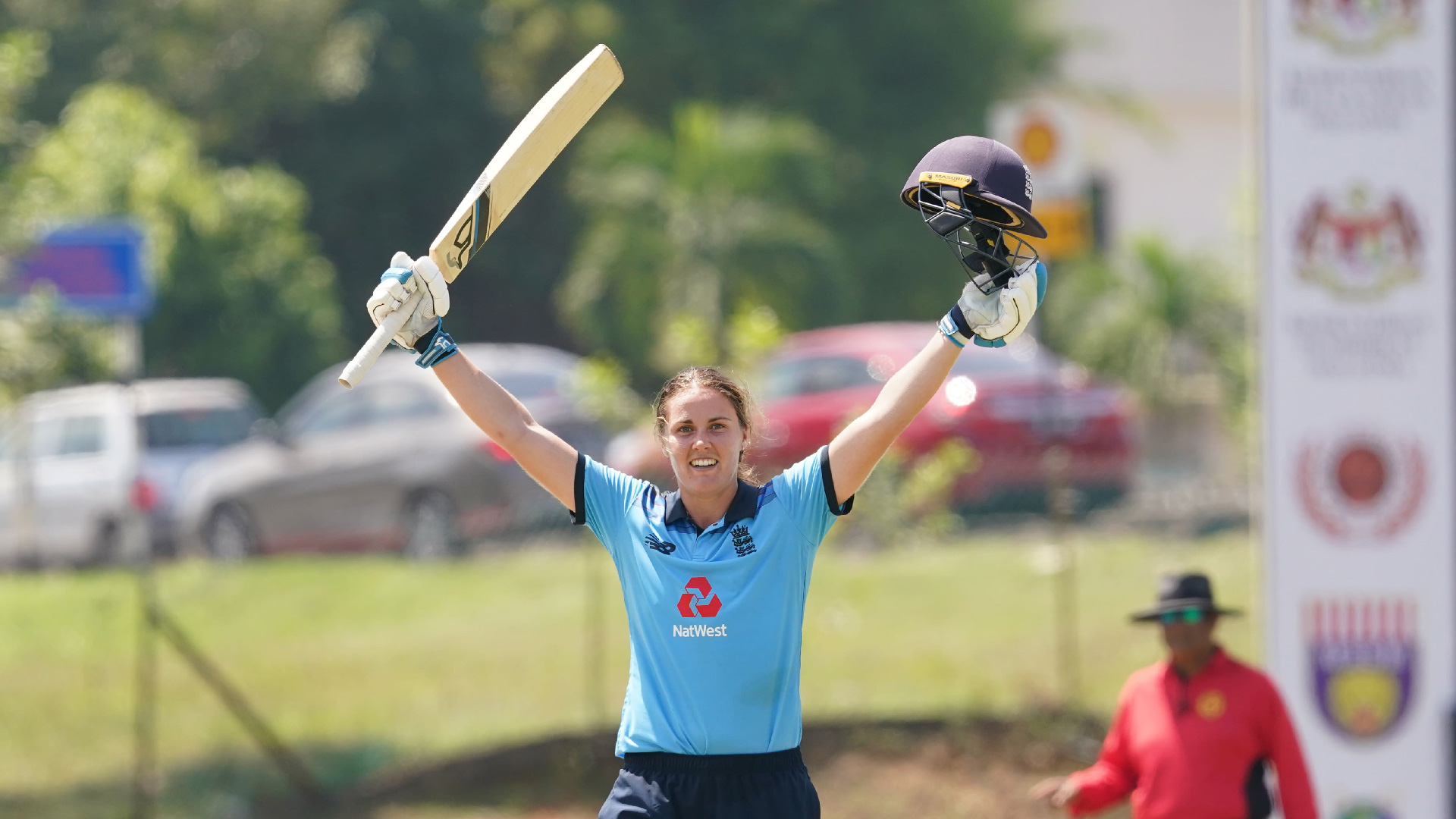 England, after electing to bat first, scored an imposing 327 for four thanks to Natalie Sciver, who scored an unbeaten century at a strike rate of 117.64, and Fran Wilson’s 49-ball 85 not out.

The two crafted a blistering 146-run partnership in 14.1 overs – which also saw them accumulate 67 runs from last five overs.

Coming in to bat at number four, Sciver scored a brilliant 100 not out. The right-handed batter smashed 12 fours in 85 balls.

From the other end, she was supported by Wilson, whose splendid 85 not out was studded with eight fours and three sixes.

Speaking about her second ODI half-century, Fran Wilson said: “We were kind of aiming for 300. We were taking things as they came in the process. We played with this approach to see where we can get rather than thinking about it too much.

“I am really happy with the way we have started out here. It is about setting your standards and pushing for them to see where you can go. We are very happy as a unit, but still we’ve got a lot of games to go.

Pakistan had put a dent earlier in the England innings by dismissing Danni Wyatt, one of the century-makers in the last match, in the second over. Heather Knight, the England captain, denied Pakistan bowlers further inroads, despite some disciplined bowling, with a measured half-century.

Over the course of her 86 from 100 balls, which included 14 fours, the England captain crafted a 61-run stand for the second-wicket with Tammy Beaumont (21 off 38) and an 84-run third-wicket partnership with Sciver.

Nida Dar, with her off-spin, accounted for two England wickets at the cost of 67 runs from nine overs, while left-arm spinner Nashra Sandhu returned one for 56 in 10 overs.

Pakistan, in their chase, lost Sidra Amin (12 off 25) in the seventh over as right-arm medium-fast Kate Cross took a catch of her own bowling.

But, Sidra’s opening partner Nahida Khan held one end as the right-hander scored 40 runs out of 43 balls, hitting four fours.

Nahida put up a 47-run stand for the second-wicket with Javeria Khan, who made 26 from 37, and added 40 runs for the third-wicket with her captain Bismah Maroof – who with 64 off 65 top-scored for Pakistan for the second time in as many matches.

Reflecting on her innings, Nahida Khan said: “Our plan was simple and it was to get as close as we can get to the target. We lacked a few solid partnerships in the top-order which hampered us from setting the pace required to chase a 300-plus score despite the wicket being suitable for batting.”

The Pakistan skipper failed to get support from the other end after Nahida’s dismissal as Pakistan were bowled out for 200 with 5.1 overs to spare.

For her exploits, first with bat and then with ball, Knight was awarded player of the match.

The third and final ODI will be played on Saturday at Kinrara Oval.

Cricket is back but rain plays spoilsport

England will find India tougher than the Aussies: Kohli