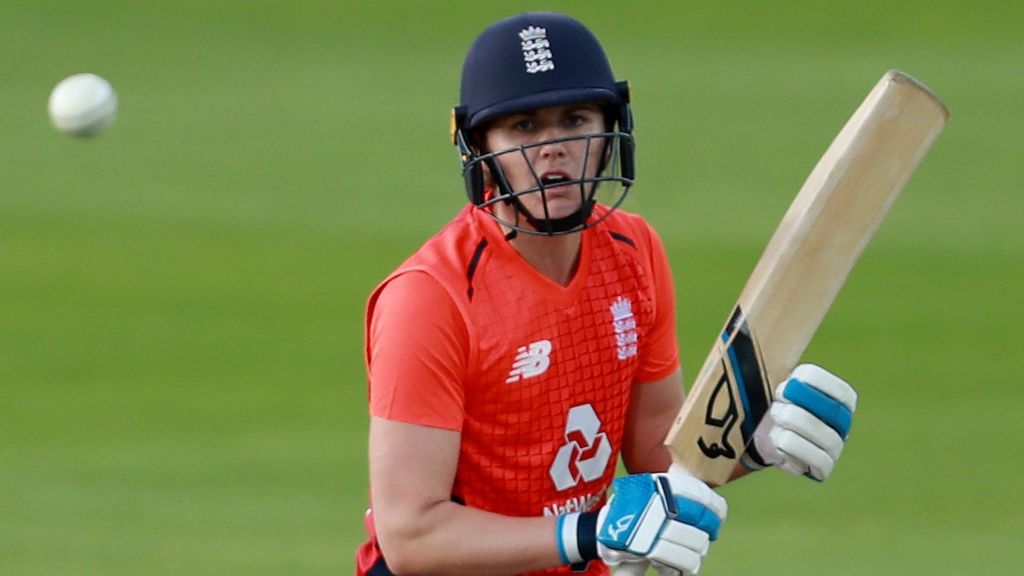 England made a winning start to the Twenty20 International series against Pakistan with a 29-run victory at Kuala Lumpur’s Kinrara Oval.

Pakistan lost both openers Nahida Khan and Javeria Khan for ducks on their way to 125 all out.

Sciver took 2-12 off three overs while Sophie Ecclestone finished with 3-21.

Pakistan captain Bismah Maroof did make 60 but was one of only three players to reach double figures for the chasing side as England went 1-0 up in the three-match series.

England won the one-day international series between the two 2-0 earlier this month.

England impressed as they took their first step towards February’s T20 World Cup – this was a dominant victory brought about by positive batting and decisive bowling.

The obvious highlight with the bat was 53 from Amy Jones. The opener – fresh from a successful stint with the Perth Scorchers in the Big Bash – played with the conviction of a player at ease with her game.

Though there were moments in the run chase when Pakistan threatened to cause an upset, England held firm and took wickets at crucial times. Sophie Ecclestone showed her growing pedigree with 3-21, while Freya Davies got two big wickets at the start of the innings.

It can only be a good thing that England are tested in this series – the greater the challenge here, the more battle-hardened the side will be come February.