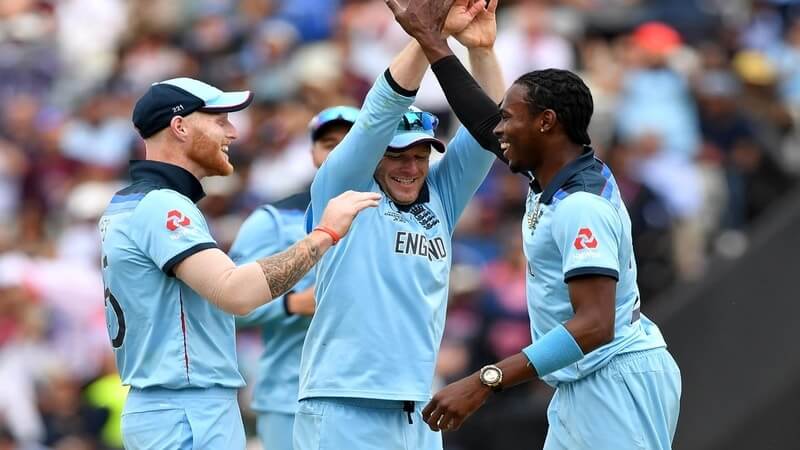 England will seemingly have to field different teams at different venues within 12 hours of each other next month after more details were revealed for their truncated international season.

England’s international summer will begin with the first Test against West Indies on Wednesday and the ECB today confirmed the dates and venues for the three-match ODI series against Ireland as well as the Test and T20 campaigns against Pakistan.

England are also in ongoing discussions with Australia about playing a series of limited-overs matches in September.

The start of the English summer was delayed due to the COVID-19 pandemic and with officials still desperate for all games to be played, the already cramped international schedule has been squeezed even further.

The third match of the Ireland series will be played in Southampton on August 4, a day-night match that could finish as late as 10.30pm local time. Around 12 hours later, the first Test against Pakistan will get underway in Manchester, a four-hour drive away.

There’s little wiggle room at the start of the Ireland series either, with the first match on July 30 in Southampton, less than 48 hours after the scheduled fifth day of the third Test against the Windies in Manchester.

It all but confirms that England selectors will have to pick two separate squads this summer, with multi-format stars like Ben Stokes, Jofra Archer and Joe Root unable to play in every game.

In 2014 and 2017, Australia’s men’s team played a home T20 International at the same time as their leading players were abroad on Test duty.

ECB CEO Tom Harrison remains confident that Australia will close out the men’s international season with three ODIs and three T20s in September, a tour that was originally scheduled to be played in July.

“We also continue to explore options for our England Men to play white-ball series against Australia this summer and hope to have news on those series soon,” Harrison said.

The final match of Pakistan’s tour is a T20 on September 1.

The ECB said discussions are also continuing for the England Women’s team to host a tri-series against India and South Africa this summer.

The Rose Bowl in Southampton and Old Trafford in Manchester are the only two grounds confirmed so far to host international games this summer; both venues include one-site hotels, making it easier for players and staff to be kept in a bio-secure ‘bubble’ between games and training sessions.

Sarfraz happy to respond to criticism with innings of 94

England must block out ‘noise’ ahead of World Cup final, says Bayliss