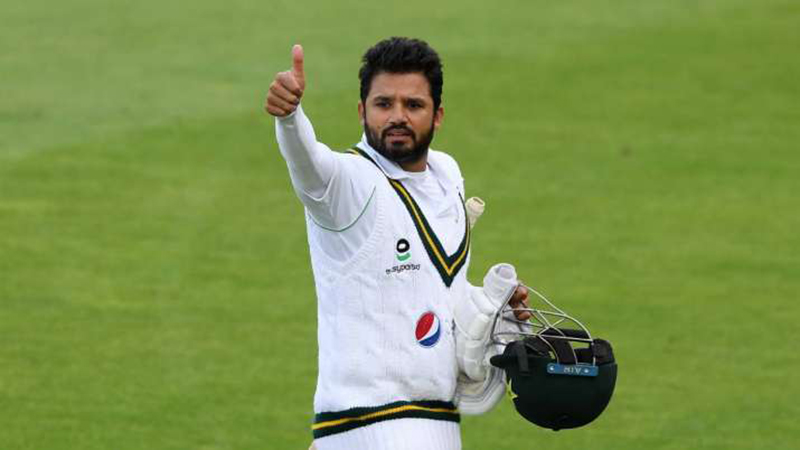 Southampton: England on Sunday maintained their dominance in the third Test as the hosts on day three ended Pakistan’s first innings on 273 runs and enforced the follow-on.

England had declared their first innings on 583/8 and the visitors are trailing by 310 runs.

After resuming the innings from 24/3 on day three, Pakistan witnessed a poor start as Asad Shafiq was dismissed by James Anderson.

Azhar Ali was then joined by Fawad Alam and both the batsmen played cautiously, avoiding any risky shots. Their slow-paced innings was brought to an end by Dom Bess, who got hold of Alam (21).

Mohammad Rizwan then took the field and played brilliantly, along with Ali. The duo took Pakistan over the 200-run mark. Rizwan completed his half-century while Ali went on to score his century.

Rizwan and Ali formed a massive 138-run partnership before the former was removed by Chris Woakes. Rizwan was caught behind after scoring 53 runs.

Pakistan then lost two wickets in quick succession. Stuart Broad dismissed Yasir Shah (20) before the pacer sent Shaheen Afridi (3) back to the pavilion, reducing Pakistan to 247/8.

From there on, England did not take much time to end Pakistan’s first innings. Mohammad Abbas was run out after scoring one run while Naseem Shah was dismissed on a duck by James Anderson, who took five wickets in the innings.

The skipper, Ali, played an unbeaten knock of 141 runs and his team will commence second innings on day four.

Rilee Rossouw shares his excitement at being in Pakistan