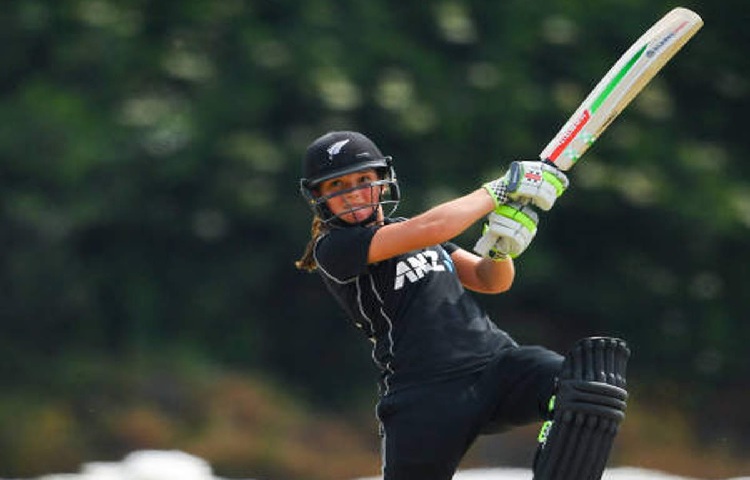 London: England posted a new women’s Twenty20 international record of 250 for three against South Africa at Taunton on Wednesday — just hours after New Zealand had done the same thing to the Proteas at the same ground.

The three sides are taking part in a triangular tournament where teams will play ‘double-headers’.

It was South Africa’s turn on Wednesday. First they conceded 216 for one against New Zealand, but that record did not last long.

A few hours later, England eclipsed that score, with Tammy Beaumont — one of the stars of the side that won last year’s 50-over Women’s World Cup — making 116 and putting on 147 for the first wicket with Danni Wyatt (56).

“We saw the Kiwi girls broke it, Robbo told us in the pre-match chat not to try and break it, but I think a few of the girls got a bit of a challenge on,” Beaumont told Sky Sports during the mid-innings break of England’s match.

“It’s an incredible wicket, and we feel a bit sorry for the South Africa girls having to go two in two, but that’s the way it goes in this T20 series and we’ve all got one of those.”

England went on to win the match by a huge 121 runs.

Earlier, New Zealand captain Suzie Bates top-scored with 124 not out off 66 balls, and with Sophie Devine (73) put on a record 182 for the first wicket against the overworked South Africans.

New Zealand’s total surpassed Australia’s 209 for four against England in Mumbai in March.

It came barely a week after the White Ferns posted a colossal 490 for four — the highest total in any one-day international, women’s or men’s, against Ireland in Dublin — an innings that featured Amelia Kerr’s individual record 232 not out.

Bates’s innings on Wednesday saw her go past former England captain Charlotte Edwards as the leading run-scorer in women’s T20s.

“It’s the best I’ve batted for a while,” Bates told the BBC after South Africa managed just 150 for six in reply.

Bates, 30, hit 16 fours and three sixes but fell just two runs short of equalling the individual women’s T20 record of 126 made by Australia’s Meg Lanning against Ireland in 2014.

South Africa skipper Dane van Niekerk admitted: “I think we went to Plan Z. There were a couple of run-out chances we didn’t take, but the class of Suzie and Sophie, they’ll make you pay.”

We are positive about our chances says Kamran Akmal