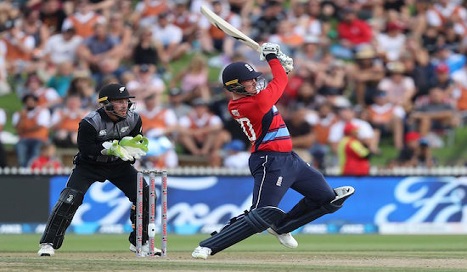 London: The England and Wales Cricket Board (ECB) has insisted no decisions on the exact format of its planned 100-ball competition will be taken until it has analysed the result of several trial matches in September.

Meanwhile The Times claimed it could be as many as four substitutes, which would effectively turn the competition into a 15-a-side game but with only 11 players allowed to bat or field.

But a spokesman for the ECB, English cricket’s national governing body, dismissed both reports as “speculation”, saying Tuesday: “No decisions have been made on the playing conditions for the new competition which will start in the summer of 2020.

“To develop the competition there are a number of on-going discussions, including one with a high-performance group who are planning a series of pilot matches in September.

“Conversations with players, host venues and stakeholders across the game are vital to the competition’s development and inevitably lead to speculation on a range of matters.

“Ultimately, it is board of the ECB which makes the final decision on the format and rules for the new competition and that is expected later this year.”

The International Cricket Council briefly trialled the concept of a ‘supersub’ in one-day internationals from 2005-06 but then abandoned the move and reverted to a standard 11-a-side format in ODIs.

The ECB’s new tournament was already controversial when it was thought to be a city-based Twenty20 competition designed to rival the Indian Premier League and Australia’s Big Bash, with many of England’s 18 first-class counties worried about the impact it could have on their existing T20 Blast.

But there was a largely negative reaction from existing cricket fans when the ECB unveiled its tentative plans for a new 100 balls-per-side format in April.

In particular the board faced a social media backlash against he way it had presented the competition as being for “mums with kids”, as many female cricket followers with children took to Twitter to tell the ECB they had no problems grasping the concept of a standard six-ball over.

But a 100 balls-a-side a game could prove popular with terrestrial broadcasters concerned about how even a Twenty20 match can over-run.

There has been no live terrestrial coverage of England’s men’s internationals since the 2005 Ashes series but, in a bid to reconnect with potential fans who may not live in cricket-loving households, the ECB has split the broadcast rights for The Hundred between the BBC and satellite broadcaster Sky Sports.

At this stage, the ECB have said the new tournament will feature eight city-based teams playing eight group matches, four at home and four away before the top four go forward to the play-offs.

The first-placed team will play the second for a place in the final, with the loser of that match getting another chance against the winner of a third v fourth match.

There will be both men’s and women’s competitions, with each side allowed to select three overseas players via a draft system.

But among the many outstanding questions are what happens to the existing Blast competition and the rest of the county programme as well as the availability of centrally-contracted England players.

There are also concerns in the women’s game over the ECB’s proposals to abandon their succesful Twenty20 Super League, which is seen as a pathway for what is now the main form of women’s international cricket.