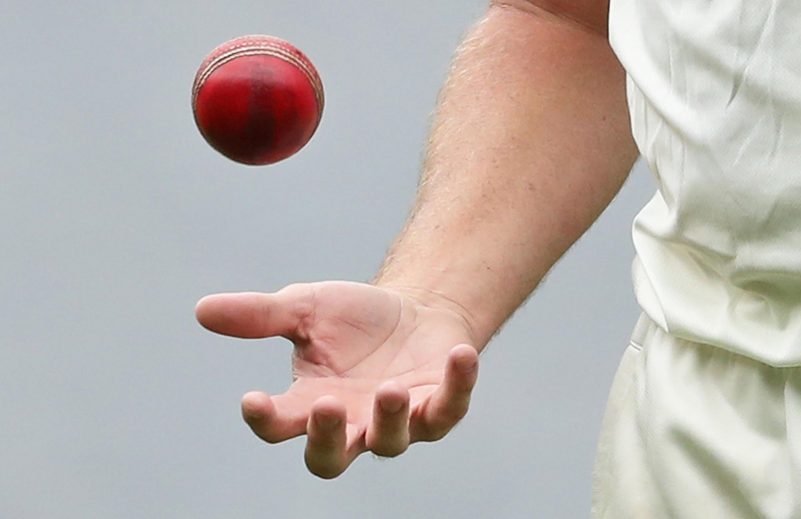 Cricket Australia will investigate the benefits of disinfecting the match ball during games as part of their plans to minimise health risks for the return to play this summer.

CA’s Sports Science & Sports Medicine Manager Alex Kountouris says he’s “quietly confident” matches will commence as planned this coming summer, albeit without crowds, if the country continues on its current path of minimising the spread of the COVID-19 virus.

Players who return to training with their state sides next week will be told to not share equipment as much as possible, although exact training restrictions around the country will vary based on regulations from respective state governments.

Kountouris and his team have drawn up a set of overall guidelines for players to safely return to training, but they’re also casting an eye towards the resumption of matches later this year.

After the ICC’s Cricket Committee this week proposed a ban on players using saliva to shine the ball due to the risk of spreading the virus, Kountouris said testing will soon commence on whether disinfecting the ball during a match will also be an effective way to lessen the health risks to players.

“Disinfecting the ball is a consideration,” he said.

“We don’t know the impact on the ball (yet) because we haven’t tested it. We’d obviously have to test it, we’d have to speak to the ICC and get permission, there’s a lot of things (to consider). And whether it’s effective or not. The ball being leather, it’s harder to disinfect because it’s got little nooks and crevices.

“But it’s absolutely a consideration. Everything is on the table at the moment, everything is being considered.”

With officials in England confident they’ll be able to play matches later this northern summer, Kountouris has the luxury of waiting to see what protocols do and don’t work during matches overseas before implementing them in Australia.

“From an Australian cricket perspective, other countries are probably going to play before us,” he said.

“We’ve got a chance to work with the ICC and other countries to see what they come up with and how it works for them. We’ll obviously take whatever steps we need to do to make sure we lower the risk.”

The more immediate task for Kountouris is to educate Australia’s professional cricketers on the new training guidelines, which he concedes will be “a steep learning curve” as players look to break habits that have been developed over many years but are unsafe in the current climate.

While accepting players will unintentionally breach these guidelines along the way, he’s confident that any risks will be minimal.

“It’s going to be a tough habit to break,” he said.

Direct Hit! Some of the best run-outs in recent years

“Some people are used to licking their fingers before they grab the ball, they’re used to shining the ball. It’s going to be a steep learning curve and hopefully we’ve got some time to practice that sort of stuff.

“Yep, there’s going to be mistakes at some point and we haven’t worked out how we’re going to deal with those mistakes and what the outcome will be.

“But I imagine we’re going to take a common-sense approach and understand that people make mistakes and they’re not going to be perfect.

“But if we can do most things right most of the time, I think we’re going to be fine.”

Bumrah out of South Africa Tests with back injury