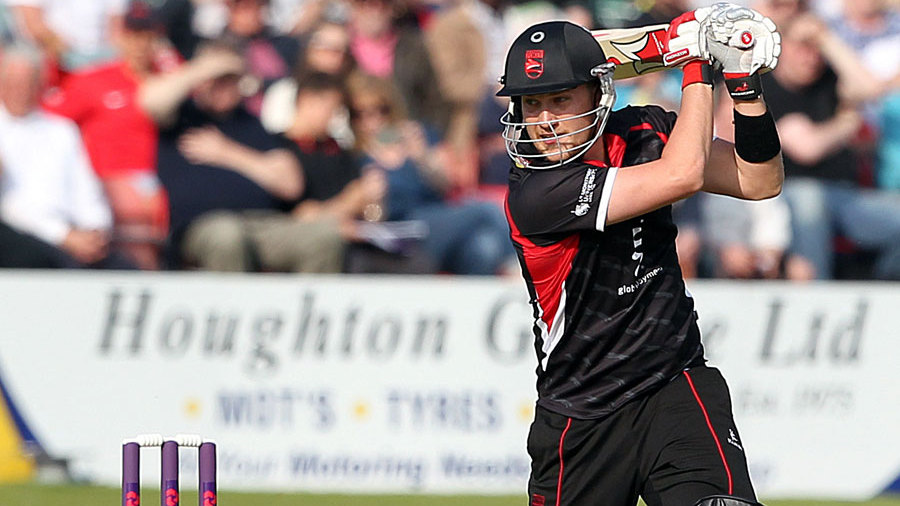 Northamptonshire, beaten in last year’s final by Lancashire, slumped to nine for three chasing a target of 154.

But man-of-the-match Cobb’s dashing 80 in a total of 155 for six helped 2013 champions Northamptonshire win with five balls left.

Together with Northamptonshire captain Alex Wakely (43), Cobb turned the tide with a fourth-wicket stand of 120 in 78 balls.

“We lost last year and people wanted to put it right.”

He added: “In a way I was batting calm and I would have been a lot more nervous if I was in the stand.”

After Cobb was dismissed, Steven Crook was run out for nought and Northamptonshire still needed three to win off the last over.

– Wood strikes -England fast bowler Mark Wood, the hero of Durham’s semi-final win over Yorkshire with four for 25, struck with his first ball of the final when Adam Rossington was caught at slip.

The big-hitting Richard Levi was then run out for just two.

Rising star Ben Duckett, who made 84 in Northamptonshire’s semi-final win over Nottinghamshire, exited for a mere four when lbw to Wood’s new-ball partner Chris Rushworth under the glare of the Edgbaston floodlights.

It looked then as if Durham were well on course to win a trophy that would help ease the pain of what has been a difficult season for the north-east club, who have reported debts in the region of £6 million ($8 million, 7 million euros).

But number three Cobb had other ideas, completing a 26-ball fifty, including three sixes and six fours when he hoisted leg-spinner Scott Borthwick high over mid-wicket.

Wakely also struck Borthwick for six, this time down the ground, as he featured in his second century stand of the day after helping Duckett add 132 against Nottinghamshire.

The 26-year-old Cobb continued to reel off the boundaries, drilling Keaton Jennings past Durham captain Paul Collingwood at short extra-cover for a superbly struck four.

Wakely fell when, sent back trying to pinch a single, he failed to beat Arshad’s throw.

He faced 39 balls with three fours and two sixes.

Cobb was out with south Midlands side Northamptonshire just six runs shy of victory when he was caught behind off Rushworth to end a 48-ball innings featuring 10 fours and three sixes.

Earlier, Durham were indebted to Jennings’s Twenty20-best 88 for a total of 153 for eight.

No other Durham batsman made more than England all-rounder Ben Stokes’s 18 in a match that started just 32 minutes after the north-east side’s semi-final win over Yorkshire.

Left-hander Jennings’s innings, the highest individual score in an English Twenty20 final, was all the more impressive as his previous best in the format was 42.

But the 24-year-old, England-qualified through a mother born in the north-east town of Sunderland and on residency grounds, has only been opening since Phil Mustard left to join Gloucestershire on loan earlier this season.

However, he was dropped on 43 when, with Durham 81 for four, Steven Crook failed to hold a caught and bowled chance.

Crook was also the bowler when Jennings hit the best of his sixes, a soaring straight drive.

South Africa too strong for Australia in rain-hit T20