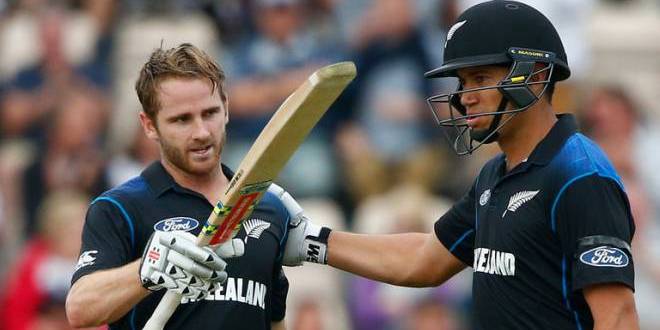 Christchurch: New Zealand set aside Christmas festivities to pack in a final training session on Sunday before their Boxing Day series opener against Bangladesh in Christchurch.

After being flayed by Australia in a 3-0 series hiding earlier this month, the Kane Williamson-led side are desperate to get back on the right side of the ledger and put the record straight against Bangladesh.

In world rankings, New Zealand are number four and Bangladesh seven, but on the field the margin is not so great.

New Zealand won the last time they met in the 2015 World Cup by three wickets but before that, in Bangladesh, New Zealand lost the 2013 series 3-0 and went down 4-0 on the tour before that in 2010.

Williamson sees the advantage for New Zealand in this three-match one-day international series — to be followed by three Twenty20s and two Tests — is that this time they are at home and playing in familiar conditions.

“It’s important we look to exploit those as best we can, and get back to our plans which allows us to give ourselves a chance,” he said as the New Zealanders trained in the nets on Christmas Day.

“You’re always looking to improve and when you go away on tour and get beaten, like we were in Aussie, there’s a number of things that you perhaps think you’d have liked to have done a little bit better.

“But when you’re under pressure, a lot of the time in those games it’s a different prospect.”

Williamson said the whitewash in Australia had been thoroughly analysed with coach Mike Hesson and there were obvious lessons to be learned.

“It’s important that we’re looking to be aggressive and take wickets,” he said.

For Bangladesh, it is their first away series since visiting the West Indies in August 2014.

Since then they have won six of seven home series which included 2-1 wins over India and South Africa and a 3-0 sweep over Pakistan before losing 2-1 to England two months ago.

20 players, 11 support staff to travel to Manchester on Sunday

No grudges against Arthur over ‘homeworkgate’ – Khawaja