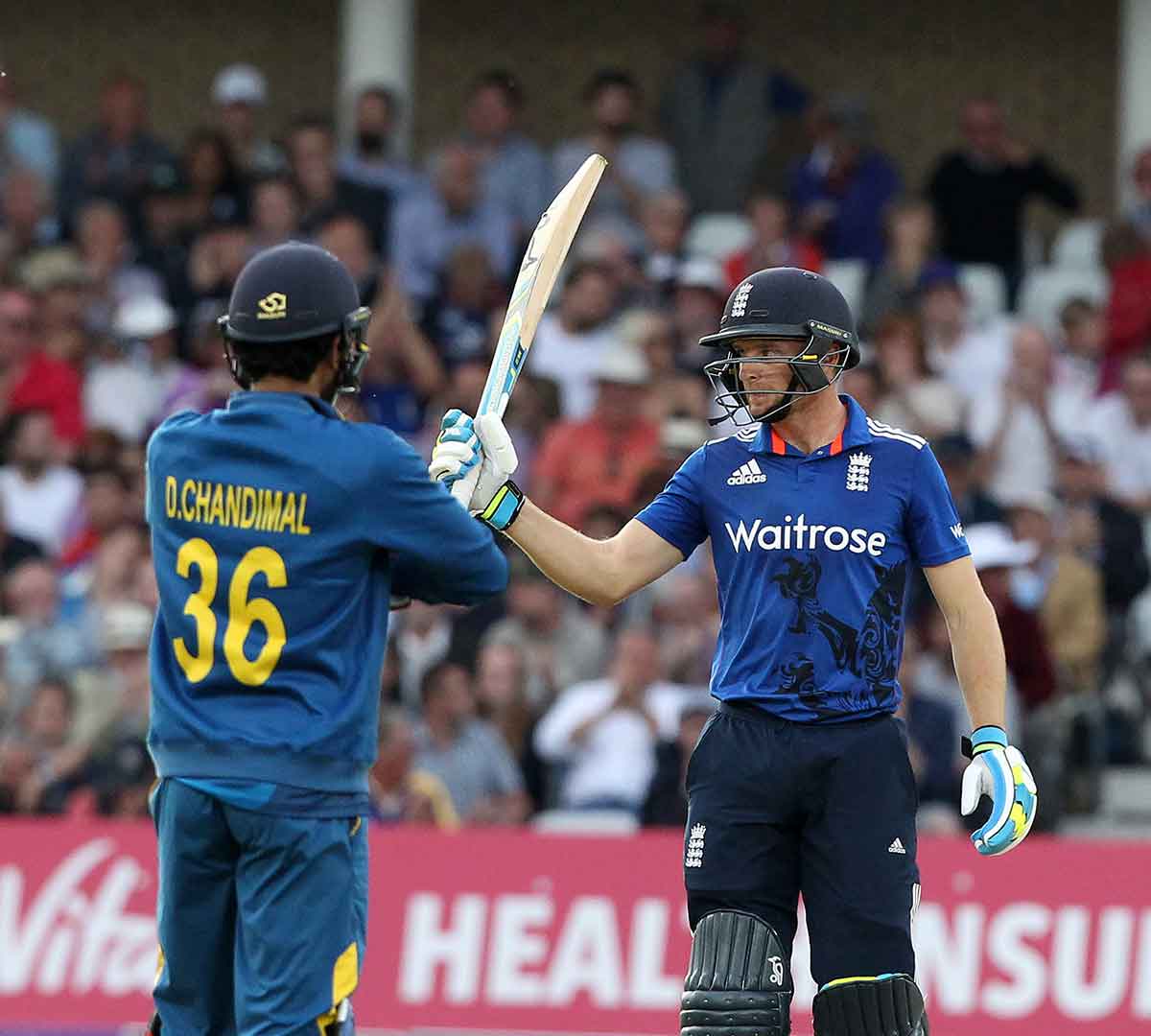 Birmingham: Jos Buttler has insisted England will not shy away from their attacking approach with the bat despite a top-order collapse in the first one-day international against Sri Lanka.

Buttler and Chris Woakes both made 90s before tailender Liam Plunkett’s last-ball six at Trent Bridge on Tuesday ensured the first of a five-match series was tied.

Wicket-keeper/batsman Buttler and all-rounder Woakes revived England from the depths of 82 for six, chasing 287.

Friday’s second match of the Sri Lanka series sees England return to Edgbaston, the ground where they launched their new approach to 50-over cricket when Buttler and Joe Root both scored centuries in a national record total of 408 for nine against New Zealand last year.

Buttler was adamant that now was not time for England’s top-order to go into their shells and abandon the aggressive style that has helped bolster the team’s one-day fortunes since their embarrassing first-round exit at last year’s World Cup.

“We expect the guys to come out tomorrow and play fantastically well,” said Buttler at Edgbaston on Thursday.

“It just goes to show there will be more pressure on us this summer than last year — having played the way we have in white-ball cricket over the last 12 months.

“(But) it shows we shouldn’t have to do anything different — just go and play with that aggressive mind-set and fall on the positive side of what we do and be prepared to take a risk rather than the negative option.

“If anything we should come out and play even more shots.

“That’s the way we want to play our cricket.

“We want to put teams under pressure, and there’s no reason to change.”

Buttler, reflecting on the tied series opener, added: “It was a morale-boosting finish to the game, but also a strange feeling — because you don’t want to celebrate getting a tie too often.

“Great credit to Liam at the end, and it again shows what talent we have all the way down the order — and character in a moment like that.

“We were confident of chasing that target down on that pitch, and we were disappointed we didn’t do that — but from the position we found ourselves in, it was nice to drag one back.”