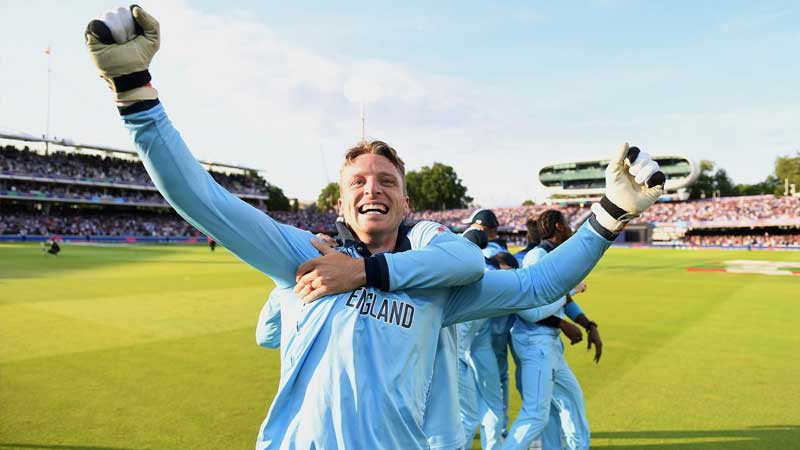 Buttler’s impressive gesture follows that earlier this year from Shane Warne, who raised more than $1 million for bushfire victims by auctioning off his Baggy Green cap.

It was later revealed that Warne’s cap had been purchased by Commonwealth Bank, who in turn donated it to go on permanent display at Bradman Museum.

The worldwide spread of COVID-19 has brought cricket to a standstill, with the start of the English season delayed until at least May 28.

Lucrative tours to England by the West Indies, Pakistan and Australia are in doubt.

England’s centrally contracted players responded last week to the looming financial crisis facing the game by announcing an “initial donation” of £500,000 (A$1 million) in support of the England and Wales Cricket Board and good causes.

That is the equivalent to a 20 percent pay cut for three months.

The players’ decision followed the ECB’s announcement of a £61 million (A$122,000) aid package for the English game and a 25 percent pay for board chief executive Tom Harrison.

Buttler was asked this week if the cash should support the Hundred, due to be held for the first time this year, but he said the players wanted their money to go to grassroots’ cricket.

“Everybody is very aware of our duty as players to contribute where we can,” said Buttler.

“I think the Hundred’s a big thing that may or may not happen this summer. It may get delayed. I know a lot of investment has gone into that.

“But as players we’re all very aware of the other effects this is going to have drip-feeding down into the game. Without grassroots’ cricket, we’re nothing really.

“I know the players are very strong on wanting that money to help that grassroots’ structure and pathway because we need to bring people into the game and make sure that is very strong.”