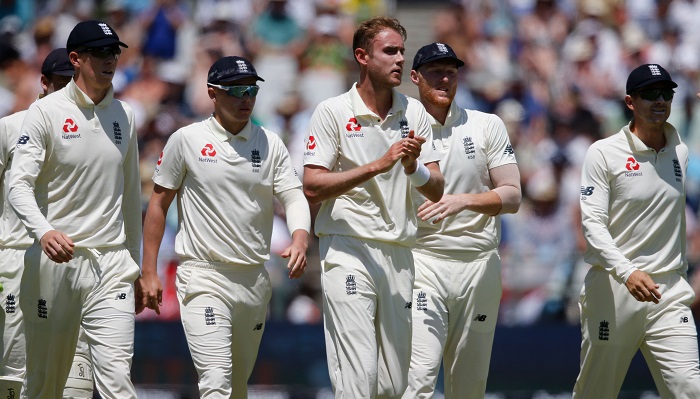 Cape Town: Sam Curran hailed the collective effort of the England bowlers after the tourists gained a significant advantage on the second day of the second Test against South Africa at Newlands on Saturday.

Veterans Stuart Broad and James Anderson were outstanding as South Africa were reduced to 215 for eight at the close.

The hosts were still 54 runs behind England’s first innings total of 269 on a dry pitch which is likely to get more difficult for batsmen later in the match.

More than half of South Africa’s runs came in a 117-run fourth wicket partnership between Dean Elgar (88) and Rassie van der Dussen (68).

But Elgar and Van der Dussen were unable to dominate as England dried up the runs, with Elgar eventually falling to a lofted drive when he tried to lift the scoring rate.

“Controlling the run rate was massive,” said Curran, who credited the effort of his fellow bowlers for two important wickets that he took shortly before the second new ball was due.

“I got my wickets through the pressure they built,” he said.

Curran said England had resolved to bowl with more discipline after South Africa won the first match in the four-Test World Championship Series at Centurion by 107 runs.

“We leaked a lot of boundaries at Centurion,” he said. “We bowled really well as a group today.”

Bess had spells of nine and 14 overs and finished the day with one for 62 off 27 overs.

All the other wickets by the fast bowlers were taken from the Wynberg end where they got bounce and some sideways movement.

A crack just outside the line of off stump created uncertainty for right-handed batsmen. Twelve of the 18 wickets in the match have fallen from that end.

“Hopefully he will reap the rewards in the second innings if the wicket takes some spin.”

“We saw at Centurion that a first innings lead was vital.”

Elgar said he was disappointed with his mistimed drive against Bess which cost him his wicket to a catch by Root, running back from mid-off.

But he said it was not because he had been frustrated because of the slow scoring.

“It wasn’t anything to do with the patience factor. I might have just chosen the wrong ball.”

The left-handed Elgar said the crack and divots outside the off stump for right-handers had been a challenge.

“That’s potentially why our partnership was a little bit slower than usual.”

He said he and Van der Dussen had sought to wear out the English bowlers in tricky conditions.

“We knew that if they came back tomorrow with us three or four wickets down with yards in their legs and it being really hot, we would have been on top.”

Elgar admitted that the loss of four wickets in the last hour had tilted the balance towards England.

“We grafted and fought so hard to get ourselves into a reasonably good position. To let it slip in the last hour was very disappointing.

“We’ve got a good battle coming up tomorrow with ball in hand,” he said.

Ashes gone, pride at stake for wounded England at MCG